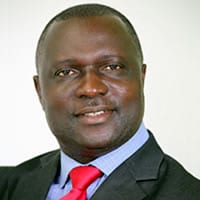 Dr Yaw Osei Adutwum, Member of Parliament-elect (MP) for Bosomtwe, has expressed appreciation to the people in the area for retaining him in Parliament.

He said the people of Bosomtwe have shown great love and support, by voting massively for him and President Nana Addo Dankwa Akufo-Addo in the 2020 elections.

Speaking to the Ghana News Agency (GNA), after he was declared the winner in the Parliamentary elections in the constituency, he described this year’s votes as overwhelming.

He thanked the people for giving him another four-year term to help build the constituency with improved socio-economic infrastructure to help make it a better place for all.

He explained that in his first term, he started the construction of many educational facilities and roads, which were yet to be completed, and the second chance would help him execute and complete all the works and make his dream a reality.

“The people of Bosomtwe should expect a better living condition as they have given me another four years to do more in the next two to three years to come”, he said.

Dr Adutwum said the construction of factories in the area as part of the one district, one factory policy would help create job opportunities for the youth, adding that, with improved educational infrastructure, the constituency would sooner or later have many doctors, engineers, professors, teachers, and other professionals to contribute to the development of the area.

He announced that 30 students from the area would be sponsored to study at the University of Mines and Technology in Tarkwa, this year, as part of efforts to increase tertiary education enrolment.

Dr Adutwum appealed to the constituents to rally solidly behind him and the President to speed up the development process in the area.