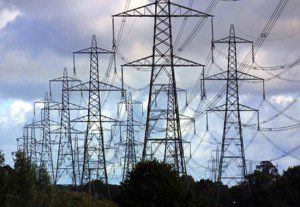 Botswana Power Corporation (BPC) on Monday said it will remotely manage customer loads as it is anticipating power supply challenges during the winter season.

BPC said in a statement the challenges are due to low generation capacity and high demand of power during the winter, which is the peak season for power requirements. The efforts are intended to keep load shedding as minimal as possible during peak demand as well as creating equity in the conservation of electricity, said the statement.
The measure will be taken from April 28 in the sole cities of the country Gaborone and Francistown, and towns of Lobatse, Phikwe and Jwaneng, among busiest areas in the country. Meanwhile the BPC noticed the measure will be used whenever demand outstrips supply.
According to the statement, it will be limited to domestic and small business customers who will be required to maintain loads within 10A (2300Watts) during peak periods (6-10 a.m. and 6-10 p.m. ). Exceeding the set load limit will lead to automatic disconnecting power supply which can only be restored after a period of one hour. Continued non-compliance to the set load limit will lead to the power being supplied after the peak period.
BPC said the measure will only be used as a first step when there is shortage of power so as to minimize load shedding. Enditem