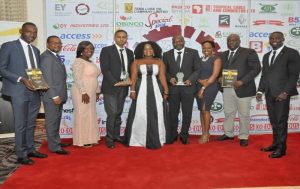 A statement issued by the company and copied to the GNA said after going through a complex assessment process in which an independent advisory board processed and analysed the information submitted by the various participating nominees, The Coca-Cola Bottling Company of Ghana emerged the ‘Bottling Company of the Year’ and ‘Beverage Company of the Year’ (Non Alcoholic).
The company was awarded for achieving sustainable growth and becoming the best beverage company in Ghana and one of Africa’s leading Coca-Cola system.

Mr Felix Gomis, Managing Director of Coca Cola Ghana, who received the awards on behalf of the Company, was quoted as saying: “It is a great honour for us to receive these prestigious recognitions for our work. These awards proof that our hard work has made a real impact. We will keep working harder than ever so as to achieve new milestones”.
He dedicated the awards to the Company’s consumers, thanking them for making Coca-Cola number one.
The Equatorial Coca-Cola Bottling Company (ECCBC) started in 1989 in Africa with the concession of Equatorial Guinea. Subsequently, other countries such as Guinea Conakry, Mauritania, Cape Verde, Guinea Bissau and The Gambia, joined the venture. ECCBC was founded in 1997 as a new company to combine the operations of all these countries. Last two decades ECCBC has expanded operations to Ghana, Morocco and Algeria.
GNA