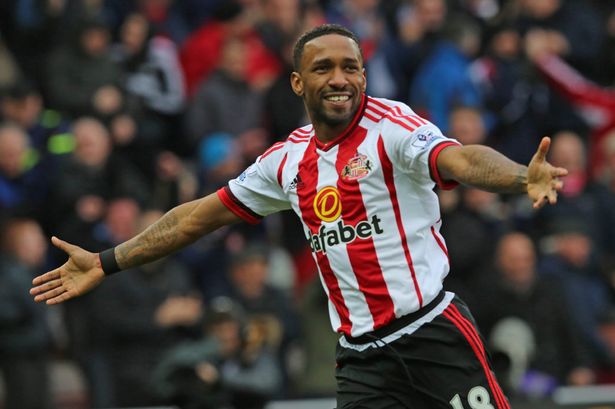 Jermain Defoe has completed a move to Bournemouth on a three-year deal. The 34-year-old striker exercised a relegation release clause in his Sunderland contract and returns to the club where he had a successful loan spell early in his career.

Defoe scored 18 times on loan at Bournemouth from West Ham United in 2000-01, with goals in 10 successive matches. The former Tottenham Hotspur and Portsmouth player scored 15 Premier League goals last season and forced his way back into the England squad.

“It’s great to be back and I’m really looking forward to this challenge,” Defoe told Bournemouth’s website. “When the opportunity came about to return to AFC Bournemouth I just knew it was the right one. It was an easy decision, joining a top team with a top manager. It’s a great place to be. The Bournemouth fans know that every time I pull the shirt on I will give 100%, and the one thing I can guarantee is goals.”

His new manager, Eddie Howe, said: “This a huge moment for the football club and another step in the right direction. We want to bring players here who can have a big impact on our continued rise and we believe Jermain fits that as a natural, proven goal scorer.

“We have known him for a long time, since working with him as a young pro and playing with him. I have followed his career and am delighted to say he is going to be playing for AFC Bournemouth again.”

Bournemouth are poised to make a further signing in Nathan Aké, who is on the verge of joining in a club-record £20m transfer from Chelsea.

The south coast club are not interested in bringing in John Terry, who will be a free agent on Saturday, when the summer transfer window opens.