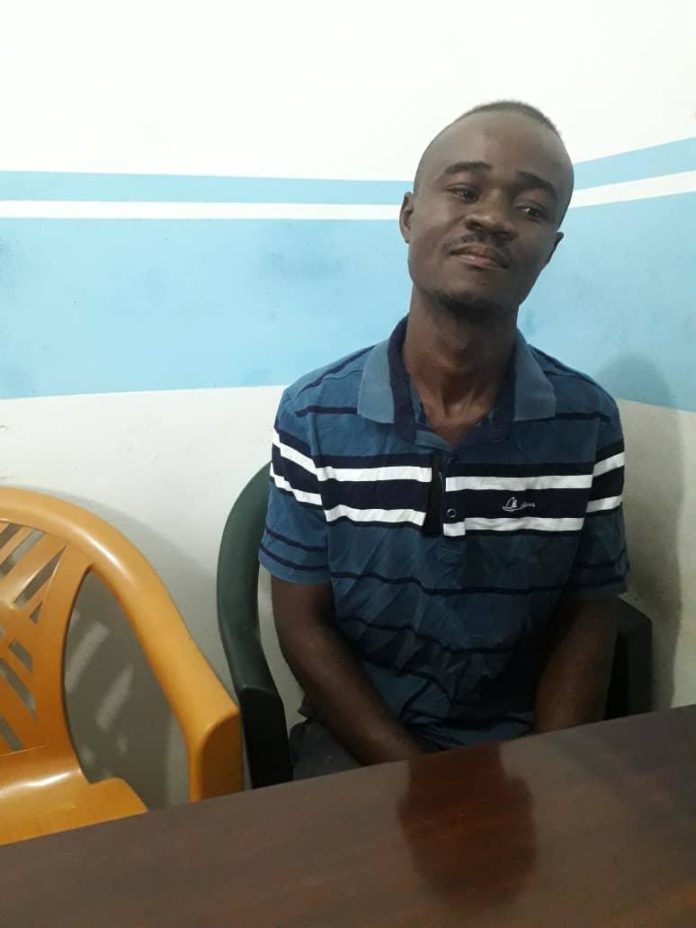 The Accra Regional Police Command has arrested the father of a four-year-old boy, for allegedly causing deep razor wounds on the boy’s right arm.

Anthony Adjei, a resident of Weija was arrested by the Domestic Violence and Victim’s Support Unit (DOVVSU) of the Ghana Police Service for causing harm to his son.

Deputy Superintendent of Police (DSP) Effia Tengeh, Head of the Public Affairs Unit of the Command who briefed the Ghana News Agency said the victim is a school drop-out living with his father and his sister.

She said in the year 2019, the victim’s mother left their home to an unknown place leaving the children behind due to alleged abusive nature of the suspect.

DSP Tengeh said “on Sunday, July 26, 2020, at about 0930 hours, a witness who visited the children saw wounds on the victim’s right arm and when she questioned him, he told her that, the previous night he was hungry so he took chicken wings from their fridge to eat”.

The Police said, the boy’s father allegedly took offence and inflicted razor wounds on his arm.
She said the witness subsequently brought the victim to Weija DOVVSU to lodge a complaint.
DSP Tengeh said the boy was sent to the hospital for treatment and efforts were underway to trace the victim’s mother.

Thirteen dead, several others injured in road crash at Ohene-Nkwata