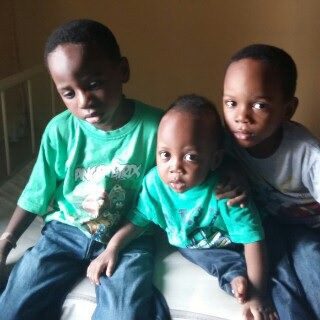 Mrs Ethel Adjorlolo Marfo, an Advocate and Founder of the Junior Shapers Africa (JSA), has underscored the need for boys to have positive masculine guidance in their formative years.

She said most boys lacked masculine guidance, a critical process in their nurturing into responsible men.

Mrs Marfo, also an Educator, said this in an interview with the Ghana News Agency on educating and celebrating the Boy-Child.

International Day of the Boy-Child, founded in 2018 by Dr Jerome Teeluckingh, a Scholar at the University of West Indies, is celebrated on May 16 every year to advocate for boys to be educated and to celebrate their positive impacts on families and society.

She said boys needed series of training, including values, communication skills and how to relate with girls, and taking up responsibilities.

The Advocate noted that in recent times, the rate of single parenthood, particularly single mothers was rising, hence, boys required the presence of father figures in their lives to guide them.

‘‘In about ten households in Accra, you will find about four with both parents living with their children, most of them are single mothers or the fathers are not available. When I did my own checks at Jamestown in Accra, about three out of ten homes had both parents, and sometimes even though the fathers are present, they are absent-minded,’’ she said.

Mrs Marfo encouraged male teachers to enrol in early childhood education training colleges and acquire knowledge to teach in the kindergarten and lower primary classes for boys to have guidance at an early stage since most of them were raised by single mothers.

That, she said, would result in teachers grooming and mentoring the boys, as teachers did not focus only on academics but corrected behaviours in school.

‘‘In most of our schools, a boy only encounters a male teacher by the time he is in class 5, 6 and Junior High School, we need men to correct boys about behaviours,’’ she said.

The Founder advised boys to take charge of their personal development, and read wide specially on leadership because they would grow to become husbands and fathers and would need the knowledge to be successful.

She appealed to Government to support Non-Governmental Organisations which were advocating for children to cover all grounds of their operations.

Junior Shapers Africa (JSA) is the male child personal development initiative first established in 2015 to champion the #RaisingtheBoysRight advocacy in the country and Africa to mentor, groom and address the silent struggles of boys.

It aims to renew the mindset of future men about the important role of fathers by grooming boys strategically and innovatively through effective personal modules and skills training.

The challenge for Africa: Jobs for the Boys and Girls