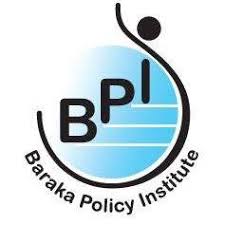 The lecture on the theme; “Ghana’s 2020 population census: the community responsibility factor” was to place emphasis on the role of community leaders in acquiring accurate and reliable data.

Prof. Imoro Brimah, Provost, College of Humanities and Social Sciences, Kwame Nkrumah University of Science and Technology, said the population census was more relevant than the voters register because it captures everyone in Ghana and not only voters.

He said population and development were closely related and as such an accurate and reliable population census was very important for the development of the people of Ghana.

He said everyone was a stakeholder in the process but the community as a unit has an important role to play to ensure people understood the census and were ready to provide accurate information.

Prof. Brimah said the community had a responsibility to participate and demand inclusion if they felt left out and ensure to get everyone sensitized and counted since the community would eventually be left out of the development process if they were not counted.

He said they must encourage their people to be truthful to the enumerators and also try as much as possible to collaborate with the census supervisors in their communities in other to be able to share information where necessary.

“Welcome the enumerators warmly into your communities and homes. Let us drop the cultural barriers, be honest, respectful, establish good rapport with enumerators and be ready to provide accurate responses to enumerators,” he said.

Prof. Brimah said the responsibilities of communities were as important as that of stakeholders. The reliability of the data was important and everyone must collaborate in order to be counted.

“Let us count everyone and let the enumerators know every problem we have in order to benefit from future investments not only from government but other stakeholders.”

Prof. Ellen Bortei-Doku Aryeetey, a former Director, Centre for Social Policy Studies, University of Ghana, Legon, said a population census was a total process of collecting, compiling, evaluating, organizing and publishing and disseminating, demographic, economic and social data pertaining at a particular time to all persons in the country.

She said population and housing census data were used for Policy making, planning and administration, research, business and electoral survey. And as an operational framework for making future predictions, and for demarcation of constituencies for political purposes.

“It is also an opportunity for a country to do evidence based decision making and prioritization both by state agencies, civil society as well as private firms. It also gives us the basis of certain standards for delivery of services.”

Prof. Aryeetey said it was also used to facilitate monitoring of international standards for development, as basis for establishing operational frameworks in development, and direct input for estimates for present demand and supply of goods and services.

She said the core data needed for designing social policies such as education, health, employment and labour, social welfare policies all have their roots in population census data.

“Population and housing census manifests itself in two ways including programming social policy and targeting approaches that are used.

“The data provides essential information to guide the location of social services and infrastructure according to needs, by changing social considerations into account, by looking at changes in sex, age, migration, fertility, mortality and life expectancies.

“Community leaders must be aware of the implications of the data so that they guide the community to give the right information”.

Prof. Aryeetey noted that some challenges with population and housing census data for social policy making include low disseminate of the general findings and socialized data, and lack of equipment to analyse data.

He said in our development efforts as a country, every community must be captured, located and accounted for, and this could only happen if the country had a reliable and accurate population census data, hence the need for the lecture.

He said the aim of the lecture was to create awareness particularly among community leaders to mobilize the citizenry for effective participation in the census.

He said BPI views the conduct of national population and housing census as an important national exercise that needed the support and corporation of all.