A simple, portable, said to be safe and less costly, easy-to-use device that could make breast cancer detection possible is to be introduced to hospital consulting rooms and households in Ghana once approved by the Ghana Health Service.

Called the Breast-i, the torch-like device, with five buttons to match breast sizes, produces a red light when switched on.
The red light exposes the cancer tumour when the device is put against the breast in a dark room.
Dr Frank Ghartey, (Junior), Lecturer, Department of Chemical Pathology UCC School of Medical Sciences announced this when he delivered a talk on ?Breast Cancer? as part of activities to commemorate Breast Cancer month in Ho on Thursday.
It was organised by the Department of Gender under the theme, ?Get tested early: Kicks Breast Cancer Out,? and attended by students, queen mothers and women in the security services among others.
The Talk was preceded by a walk through the principal streets of the Ho Metropolis.
Dr Ghartey said the device which has been in use in limited cases in Ghana since 2006 was applied in screening 12,000 women and has proved to be ?safe, very accurate and without any side effects.?
Egypt and India have been using the Breast-i, he said.
Dr Ghartey said the device was developed in Scotland by a Dr David Watmough with his, Dr Ghartey?s collaboration in Ghana.
He said different levels of training would be required to enable medical doctors and non-medical doctors to use the device.
Dr Ghartey advised women to visit hospitals regularly to have their breasts screened because early detection of breast cancer increases the chances of cure.
He advised women to know their sizes and shapes of their breasts and seek medical attention quickly should any changes in their breasts occur, and cautioned that there would not be any pain on the onset of breast cancer until it has reached a very critical stage.
Dr Ghartey advised women to seek medical attention if they noticed lumps in their armpit area or blood from the nipples.
He said anything that stops a woman from menstruating such as pregnancy or breast feeding is a barrier against breast cancer.
?But I am not advocating for teenage girls who are menstruating to get pregnant?, because teenage pregnancy has its own serious risks, Dr Ghartey cautioned.
He said it was found out that breast cancer occurs in African women ten years earlier at 42.9 years as against 62 years and above in European women because breast screening is a matter of cause among European women.
Dr Ghartey said there are four stages of breast cancer with stage 0-2 very amenable to treatment whereas stages 3-4 is problematic once it developed into an open sore.
Dr Ghartey advised women who were diagnosed to have breast cancer to submit themselves to treatment at the hospitals instead of resorting to herbalists, spiritualists and prayer centres to seek cure for the disease.
Until the Breast-i is certified for breast screening in Ghana the mammogram would continue to be acceptable device for breast cancer screening in Ghana even though its availability is limited to very few hospitals.
The Volta Regional Hospital does not have a mammogram.
Mrs Thywill Eyra Kpe, acting Volta Regional Director of the Department of Gender said there was an urgent need to raise the momentum of awareness among women regarding breast cancer.
She said many women tended to blame breast cancer on witchcraft or curse and only went to the hospitals as a last resort when the disease has reached an advanced stage and was difficult to deal with.
GNA
WG
24 Oct 14 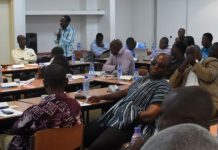 MMDAs urged to channel part of their IGF into malaria programmes 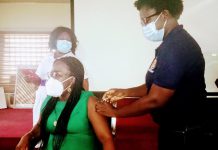 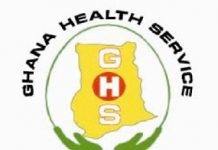 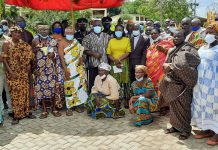 U.S. to share COVID-19 vaccines with other countries under mounting pressure Italy set to relax night-time curfew, expect to scrap it in June 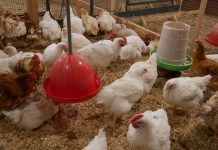