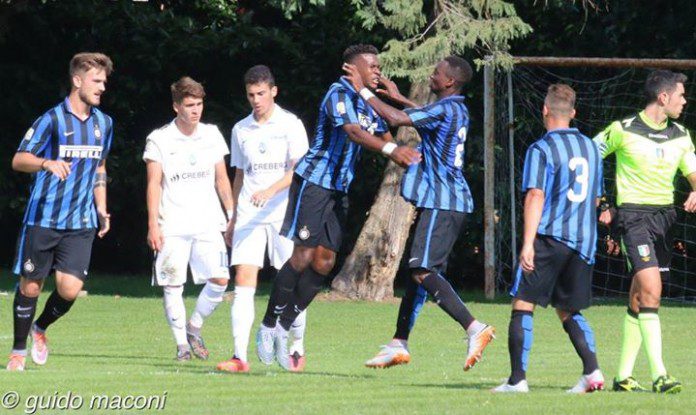 Gifted Ghanaian defender Bright Gyamfi set up two goals for Inter Milan’s Primavera side as they mauled Salernitana 5-0 in the Italian Primavera league on Saturday.

The 19-year-old right-back was influential in the tie as he turned the architect of goals scored by Axel Bakayoko and Guinea-Bissau-born José Correia.

Gyamfi laced through two Salernitana defenders with impressive technique before weighing a splendid cross for Bakayoko to finish off with glee in the 17th minute.

Ten minutes later, the prodigious defender was at it again as played through Correia with a clean pass and the attacking midfielder wasted no time and angled a shot to bottom right corner to put Inter 3-0.

Gyamfi’s fine form in the season for Stefano Vecchi’s side has seen him played twice for Roberto Mancini’s first team side twice this season –  his recent game being the Cup games against Milan and Bari.

While he was enjoying a fine game on the afternoon his Ghanaian compatriot Samuel Appiah also came off the bench to play in the game for Inter.