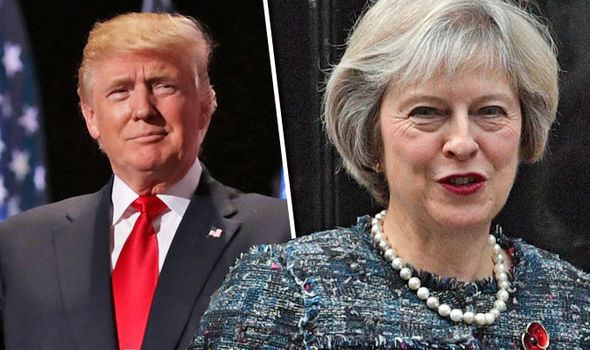 Britain has decided to resume intelligence sharing with the United States after receiving promises from U.S. President Donald Trump on a recent leak of classified information, the British counter terrorism police said Thursday.

“Having received fresh assurances, we are now working closely with all our key partners around the world,” the counter terrorism police quoted its head Mark Rowley as saying on Twitter.

The message implied that Britain had ceased a 24-hour suspension of intelligence sharing with the United States, following the leak of sensitive information regarding the Manchester terror attack, according to British media.

Britain and the United States, along with Canada, Australia and New Zealand, are members of an intelligence sharing organization called the Five Eyes.

The British intelligence unit has reportedly stopped sharing intelligence with its U.S. counterpart after American media exposed profiles of the suspects of Monday’s explosion at Manchester Arena.

The leak, the source of which was believed to be from the U.S. government, has irritated British officials.

British Prime Minister Theresa May criticized the leaks at her meeting with Trump during a NATO summit in Brussels. She stressed that intelligence shared between Britain and the United States must remain secure.

British Interior Minister Amber Rudd said on Wednesday that the leak was “irritating” as the U.S. media outlets named the attacker, adding that she had made clear to the United States that the incident should not happen again.

Trump strongly condemned on Thursday the “troubling” leaks and promised that an investigation will be launched.

“I am asking the Department of Justice and other relevant agencies to launch a complete review of this matter, and if appropriate, the culprit should be prosecuted to the fullest extent of the law,” he said.

The leak of intelligence on the Manchester attack happened days after Trump was criticized of sharing classified information with senior Russian officials. Enditem