dpa/GNA – Britain’s Prince Philip has been transferred to another hospital, after spending nearly two weeks in a private ward recovering from an infection.

Buckingham Palace confirmed on Monday that the duke of Edinburgh, had been released from King Edward VII’s Hospital and taken to St Bartholomew’s Hospital, both in London, where doctors will continue to treat him and undertake testing and observation for a pre-existing heart condition.

Unusually, the person who entered the ambulance was shielded from the press, suggesting that it could have been the prince.

A spokesperson for the 99-year-old royal later confirmed he had left the hospital.

“The duke remains comfortable and is responding to treatment, but is expected to remain in hospital until at least the end of the week,” they said.

Concerns were raised after Prince Philip was admitted to hospital on February 16, which Buckingham Palace said was on the advice of his doctor and for “observation and rest.”

After he was visited by his eldest son and first in line to the throne, Prince Charles, a few days later, the palace later confirmed that the duke was suffering from an infection and not coronavirus.

Both Prince Philip and the queen received their first jabs for coronavirus in January. 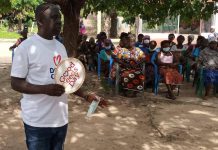 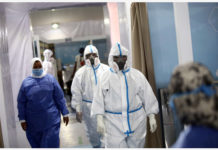