Nail-biting films depicting the wrath of mummies for disturbing their final resting places are no more than the myth of Hollywood, says a leading expert on Egyptology. 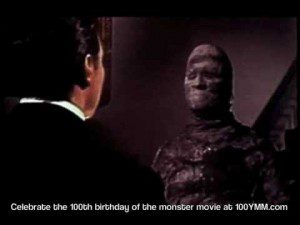 The biggest conference of its kind ever held is seeing experts from around the world converge this week on Swansea to put the whole question of curses and demons under the microscope.

Dr Kasia Szpakowska, associate professor of Egyptology at Swansea University, who is co-coordinator of the conference, said curses, demons and warnings linked to burial places in Egypt were real enough. But when Hollywood takes over, fact turns into fiction to strike fear across the silver screens of movie theaters.

Around 90 experts from around the world, including Egypt, the land of the Pharoahs, are at the international conference exploring the range and variation of liminal entities the Ancient Egyptians believed capable of producing both harm and help.

Prof Szpakowska explained: “When we refer to liminal entities you could call them supernatural. In both the modern and ancient world intangible entities embody and are blamed for a host of physical and psychological afflictions and illnesses for which there was no obvious cause, as well as being called upon to aid the sufferer.”

“These beings are known in many cultures by many names such as gremlins, imps, fairies, ghosts, demons, genies to monsters, small gods and angels,” said Szpakowska.

“In Hollywood ‘mummy’ movies there are usually curses, ‘living’ mummies etc. How far-fetched from reality is the Hollywood take on mummies and curses?”

“In general, the ancient Egyptians did not believe that the mummified dead body came back to life. They believed that the person would come through the transition of death to be reborn in the afterlife, healthy and whole, in the prime of her or his life,” Szpakowska continued.

“They had curses and warnings, but not as Hollywood portrays them. Hollywood movies are meant for entertainment not education,” according to Szpakowska.

Speakers at the conference have included Wael Sherbiny, best known for his discovery of a 2.5 meter, 4,000-year-old artefact, containing spells and depictions of gods, the longest and oldest leather manuscript from ancient Egypt, and Stuart Tyson Smith, who has been a consultant for The Mummy and The Mummy Returns movies.

Dr Szpakowska said while demons may have been familiar to the Ancient Egyptians, finding information on them today is difficult.

She added: “There is currently no single source for the scholar or interested person to consult for further information regarding these beings. A number of general encyclopaedias of gods and kings exist, as well as specialised resources on divine names and epithets. To remedy this gap, our project has created a database of these entities.”

Thanks to the work of Szpakowska and her demon-hunting colleagues, the first ever data base of demons and liminal entities is expected to be completed later this year. Enditem