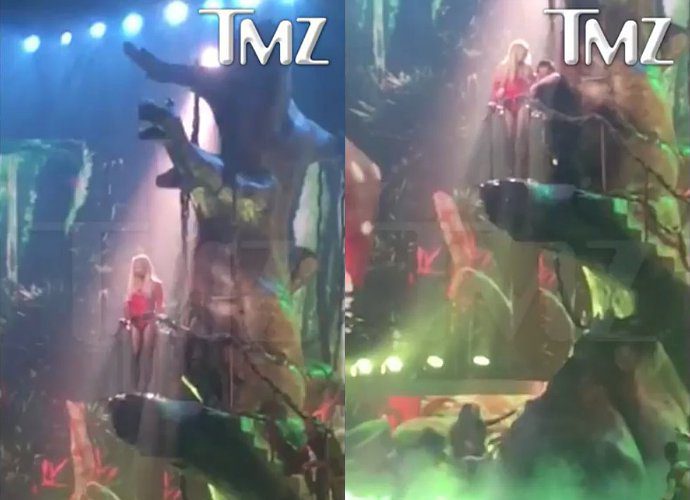 Britney Spears kicked off 2016 by getting involved in a couple of incidents, one of which happened when she was playing a show on her Las Vegas residency. During the show over the weekend, the singer was supposed to fly over the audience while performing “Toxic”, but she couldn’t do it as her harness got stuck to a fake tree on the stage.

The moment was caught in a video taken by someone in the crowd and obtained by TMZ. In the clip, she’s first seen singing the hit and busting out some sexy dance moves on top of a platform connected to the tree. Later, a crew member appears next to her to unhook the harness, allowing her to walk down the stairs and continue her performance.

The other incident happened a day earlier, when she apparently ran into a pole and got a “little bruise” on her forehead as the result. The diva then showed off the bruise and a wide smile in a selfie she posted on Instagram.