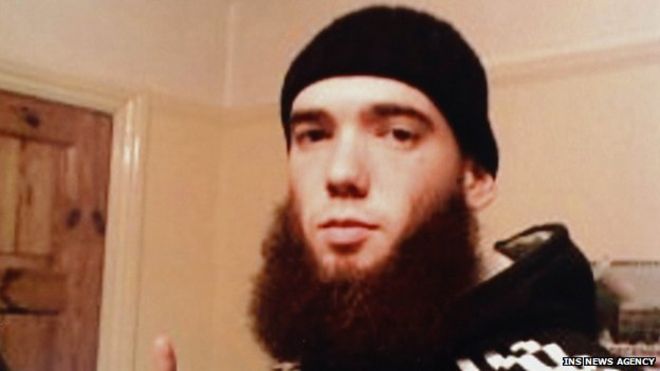 Thomas Evans, 25, from Buckinghamshire, was among an armed group which attacked the base on Sunday.

Evans, a Muslim convert who changed his name to Abdul Hakim, contacted his family in 2012 to say he had travelled to Somalia to join the militant group.

It is not known if his family has been informed.

The attack happened in Lamu County, on Kenya?s northern coast, close to the Somali border.

Militants armed with AK47s and grenades assaulted the military base and then stormed a nearby village.

In a statement released earlier by Thames Valley Police, Evans?s mother Sally Evans had said: ?My son Michael and I are currently awaiting official confirmation regarding the death of my son Thomas.

Ms Evans had previously told a committee of MPs that there had been a ?massive failure? by UK authorities in allowing her son to leave Britain.

He had managed to fly to Egypt in 2011 after being stopped from going to Kenya months earlier.

Giving evidence to the Home Affairs Select Committee, Mrs Evans said her son had been a ?normal teenage lad? before turning to Islam in 2009.

Ms Evans, from Wooburn Green, said she was initially pleased as he had previously gone off the rails.

?He had done one or two things I wasn?t proud of, so I was quite happy for him to follow Islam if that was what he wanted,? she said.

?But slowly he started to drift down a path that was not right.?

Ms Evans said her son began refusing to use the same pots and pans as her and his younger brother, Michael.

At the age of 21, Thomas Evans announced he was moving to Kenya and bought a single plane ticket.

He was turned back at the airport by police, but later sold his CDs and other possessions and told his family he was travelling to Egypt.

?I was relieved, because he said he was only going for six months to learn the language,? his mother said. ?He did tell me he was coming home.?

In August 2011, police came to their house and told them they had lost track of him. The following January he called and said he had joined al-Shabab.

?He rang up then and told us he was in Somalia and had joined al-Shabab, and not to worry,? Ms Evans said.

?In all honesty, I didn?t know what al-Shabab was.?

Ms Evans said she had given police all the information she had, as she would have preferred her son to be in prison in the UK than dead or carrying out atrocities abroad.

?Then at least I would know that he was safe,? she added.

At least 50 British citizens are believed to have joined al-Shabab ? an al-Qaeda affiliate based in Somalia, which has been behind a series of high-profile attacks in Kenya and Somalia.