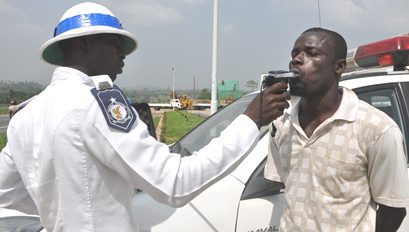 Police Superintendent David Asirifi, Brong-Ahafo Regional Commander of MTTD told the Ghana News Agency (GNA) on Monday in Sunyani, that 229 persons died but 175 of them were above 18 years and 37 also below.

P/Supt. Asirifi said whilst 189 of the dead were males and 43 females, 107 pedestrians were knocked down and stated that the MTTD in the same year arrested 556 drivers on motor traffic offences.

P/Supt. Asirifi said 32 of the drivers were awaiting trials, 22 under investigation, 83 served with warning letters while one of them jailed and five acquitted and discharged.

He stated that compared to 2014, the cases had reduced significantly as a result of intensive education of the drivers and expressed their commitment to continue the education programmes with even more enthusiasm to ensure accident free this year.

P/Supt. Asirifi advised car owners not to be only interested in the money they would receive from their drivers, but must also be concerned with the welfare of the drivers and the lives of the passengers, by ensuring that their vehicles were always in good conditions on the road.

He also asked passengers not to dictate to the drivers to accelerate speedily but must be patient to reach their destinations safely.