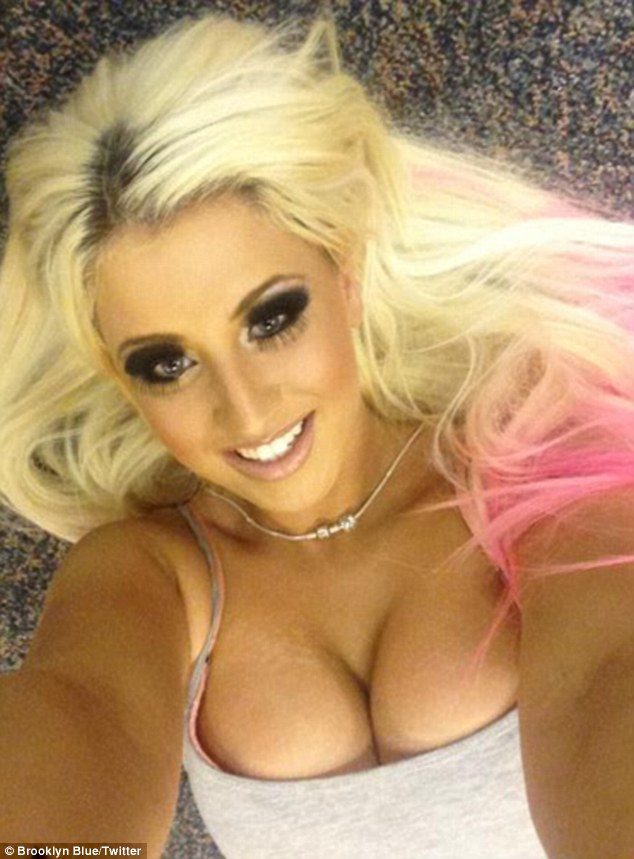 Axed: Adult film star Brooklyn Blue has claimed she was booted off The X Factor after producers found out about her x rated past

Becky Constantinou ? who is better known by her stage name ? had made it through three rounds of auditions, but won?t be going any further in the competition as producers have pulled her from the ITV show.

She told The Sun she was axed after a security guard working at Wembley Arena recognised her.

?The guard came up to me with a knowing smile and said, ?I know you from somewhere, you?re that Brooklyn girl?,? she said.

?A few days later I got a call from the show makers asking if I?d done any modelling and my stage names. It was clear I?d been grassed up, but I did my best to dodge the questions.?

The 24-year-old, who previously dated ex-?TOWIE? star Kirk Norcross, later decided to come clean about her X-rated past, but was still axed.

An ?X Factor? source later confirmed to Digital Spy that Becky had been shortlisted to sing in front of judges Simon Cowell, Cheryl Fernandez-Versini, Rita Ora and Nick Grimshaw, but was not put through after ?background checks?.

?The X Factor? returns to ITV later this year.