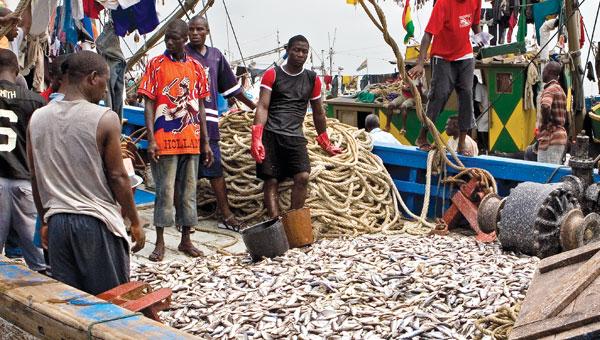 This, according to him, would enable them to monitor the actual percentage of the budget statement that went to the sector annually.

Mr Arthur reminded the CSOs to be in constant touch with policy makers such as Members of Parliament (MPs), Ministers, Metropolitan, Municipal and District Chief Executives(MMDCEs) to make inputs into the budget statement.

It was organized by the Far Ban Bo project funded by the European Union(EU) and being implemented by Care, Oxfam and Friends of the Nation.

The workshop aimed at training CSOs and fishers in budget analysis and public expenditure tracking for budget advocacy in the Fisheries sector.

Mr. Arthur who took participants through the four(4) stages of preparation and calculation of percentage of the budget at the local level, stressed the need for evidence-based budget advocacy to influence decision-making to be catered for in the national budget.

The Budget Consultant entreated CSOs and fishers to impress upon MPs, Ministers and MMDCEs to forward their concerns to cabinet meetings for their inputs to engage the attention of government.

He reminded them that engagement on the budget preparation started from July to August, so they could engage the Ministers, MPs, and MMDCEs to channel their inputs.

Mr. Arthur asked the CSOs and fishers to dialogue with the DAs to chart a common path on how to make inputs into the budget and push for adequate percentage for the Fisheries sector.

He observed that the budget allocation at the district level does not serve the needs of the fisher folks.

Mr. Arthur intimated that the Fisheries Industry contributed meaningfully to the country’s Gross Domestic Product(GDP) hence there was the need for the government to increase the budgetary allocations to the sector.

Earlier in an opening statement, the Project Manager of Care International, Mr. Kwame Mensah said budgetary allocations to the Fisheries sector had not been stable, adding that it was difficult to track budget for the fisheries sector unlike other sectors.

He said over the past 12 years, the Water and Sanitation sector was able to track their budget and experts wanted to use it to track the Fisheries sector.

Mr Mensah said the Far Ban Bo partners would educate fishers and other stakeholders at the Regional and District levels on effective tracking of the budget to the Fisheries sector at the decentralized level.

CSOs calls on President to back the OSP with adequate funding