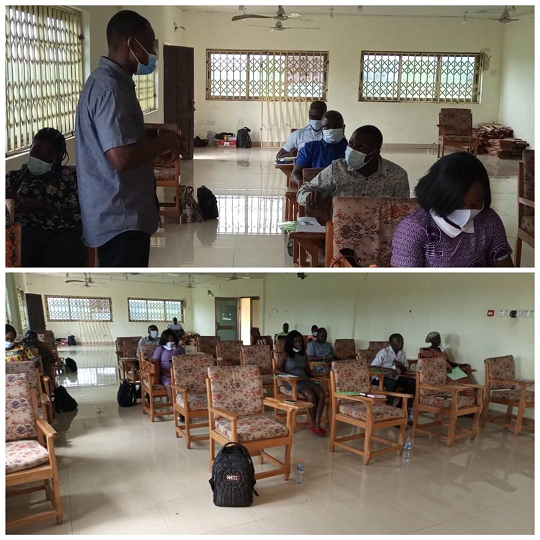 The failure of the Metropolitan, Municipal and District Assemblies (MMDAs) to prioritise malaria control programmes in the district’s financial plans and budgets is an affront to measures to fight the disease.

Again the absence of guidelines and weak compliance for the utilisation of the District Assemblies Common Fund (DACF) for malaria, slighted the values intended to be achieved in the fight against the disease.

These came to light during a sensitisation workshop at Adaklu to seek information towards addressing how the 0.5 percent was being used to fight malaria at the local level.

It also aimed to validate a study in order to seek redress by stakeholders in the use of the malaria fund in line with the 2019 assessment of inflows into MMDAs, which was commissioned by People for Health (P4H), a USAID funded programme.

He said the gap between the HIV and Malaria funding needed to be addressed to bring clarity to what exactly the 0.5 percent was supposed to be used for.

Mr Eli Tsikata, Adaklu District Coordinating Director, said the erratic release of the DACF, which usually came without guidelines reducing the usage of the 0.5 percent fund to the discretion of the Assemblies to solve emerging issues at the Assembly level in relation to healthcare delivery.

He said the District Medium Term Development Plans (DMTDPs) and the District Assemblies Common Fund (DACF) for malaria Control programme must be aligned towards achieving the gains of eliminating malaria from the communities.

Mr Foster Avenyo, Adaklu Budget Analyst, said the Assembly was not well placed to follow any blueprint regarding funds and obscured from all guidelines from the Ministry of Finance.

Mr Charles Azagbah, Adaklu District Director of Health, said the designated fund to fight Malaria was absent, but the Assembly continued to fund health challenges, when budgets were presented to the Assembly to that effect.

The current system where the funds were transferred as part of the Assembly’s financial resources did not encourage the MMDAs to comply with the directive.

He said there was no exclusivity to the fund at the district level though funding was made available to fund other generic health challenges.

He said the fight against malaria should be seen as a developmental challenge rather than a health issue.

“This is the surest way to channel resources to tackle the issue at the local level”.

The District Assembly Common Fund Secretariat according to the participants was to ensure that the 0.5 percent directive to MMDAs to finance malaria programmes was deducted at source for the National Malaria Control Programme to succeed.

Participants suggested that the nine member health committee on HIV should be reconstituted to include new members for Malaria to make the use of the 0.5 percent orderly to benefit the two health related issues.

The P4H survey was undertaken by SEND Ghana, a non-governmental organisation as part of implementing agencies including Penplusbyte and the Ghana News Agency, is a five-year project to end 2021.