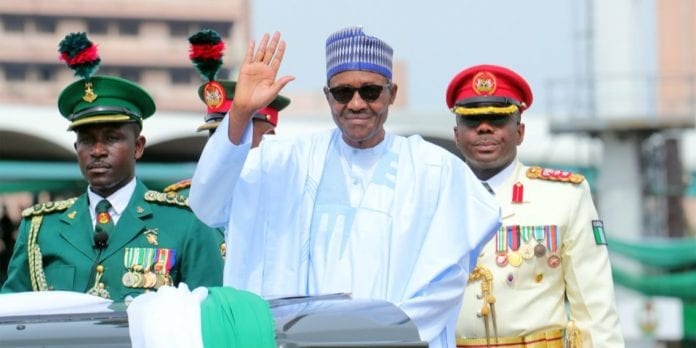 Nigeria, Africa’s most populous country, will on Feb. 16 vote to elect the president that will man the affairs of the nation for the next four years.

According to the electoral body, more than 84 million Nigerians, representing about 42 percent of the country’s 198 million population, have registered to vote in the general election.

The current figure is also about 15.2 million more than the total of 68.8 million Nigerians who voted in the 2015 general election.

The electoral body has green-lighted more than 70 presidential candidates to run for the presidency against incumbent President Muhammadu Buhari.

However, according to Chris Ubani, an associate lecturer and political analyst based in Lagos, the 2019 presidential election will be a two-horse race between two leading contenders – the incumbent President Buhari representing the ruling All Progressive Congress (APC), and former Vice President Atiku Abubakar, the candidate of Nigeria’s biggest opposition, the People’s Democratic Party (PDP).

Buhari launched in November 2018 his re-election campaign manifesto under the slogan of “Next Level 2019”, in which he promises to build an even stronger nation for Nigerians.

Buhari, a former military ruler, came to power in 2015 after defeating former President Goodluck Jonathan, becoming the first Nigerian opposition candidate to defeat an incumbent president in an election.

Besides the incumbency factor to rely on, Buhari also has a fanatical follower-ship in his northwest base which transcends to the northeast including Adamawa where Atiku hails from. Apart from that, he is seen as having done much to rid the region from the scourge of terrorists whose activities has become worrisome to the people of the area.

He will also be helped by the fact that most of the states in the region like Borno, Yobe, Adamawa and Bauchi are all under the control of his Party.

His pairing with Yemi Osinbajo who is from the Bola Tinubu political camp also gives him an advantage in the southwest.

While campaigning, Buhari asked Nigerians to re-elect him in 2019, primarily to keep fighting the corruption war his administration started in 2015.

He also stated that his commitment to the provision of infrastructure, reviving the economy and sustaining the anti-insurgency war would be re-doubled if given a second opportunity.

Buhari was born to a Fulani family on December 17, 1942, in Daura, the northern state of Katsina. He is the 23rd child of his father.

Buhari enrolled at age 19 in a military training college, beginning his long military career which witnessed his promotion as the military took over power several times after Nigeria’s independence.

In 1983, he became head of state after a coup against the elected government of Shehu Shagari. Buhari justified the military’s seizure of power by describing the civilian government as hopelessly corrupt and the need to correct economic decline in Nigeria.

In August 1985, Buhari was overthrown in a coup led by Ibrahim Babangida and other members of the then ruling Supreme Military Council. He was then detained in Benin City until 1988.

After his release in December 1988, Buhari returned to a civilian life. He unsuccessfully ran for the office of president of Nigeria in the 2003, 2007, and 2011 general elections.

The 2015 election victory was aided by the fact that he contested on a party that was made a truly national platform through mergers and defection of some PDP governors.

The projects and appointments allocated to the southeast geopolitical zones in the country by his administration like the commencement of construction work on the second Niger bridge will also give him an advantage in the southeast.

Buhari will however have a hard time in some states in the north-central zone due to the lingering issue of herdsmen-farmers clashes.

Other states like Kwara, Kogi and Nasarawa are not strongly rooted in the APC. There’s also much work for the APC to do in the South-South to win the votes there as this is the region the former President Goodluck Jonathan hails from.