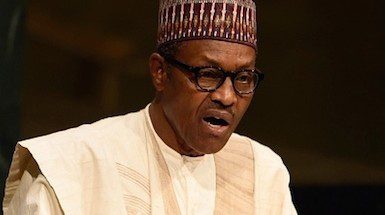 It is the height of moral hypocrisy to elevate Führer Akufo-Addo above any convenient threshold of political sainthood with Buhari, in spite of Buhari’s widely presumed incorruptibility and his coevality with the tired and untried Führer Akufo-Addo, Ghana’s aspiring political bellhop.

The question may not however be so different in the case of a comparison between Buhari and President Mahama.

That is, there exists a striking subtle parallelism between the latter two on the strength of their political personalities and pending political legacies. This subtle parallelism arises when Buhari’s budget padding is cautiously juxtaposed with the putative inflated price tags of public or infrastructural capital under the Mahama presidency. One wonders whether President Mahama and Buhari were/are not privy to these scheming tendencies toward political corruption.

Certainly, Buhari should have been part of or chaired the cabinet meeting that produced the “budget padding scandal,” eventually receiving or earning his official seal of approval. And yes, he has apologized stating in no uncertain terms that the padded budget was an honest mistake only for him to turn around and remove the head of the Budget Office from his position (INPS). Still he returned a revised version of the original padded budget to the Senate for a second approval.

But that too became tainted with similar accusations being leveled against the Buhari government. This happening is no different from the brash political caricature Kennedy Agyapong, once described as “a leading member of the comity of braggarts” by one newspaper, calling Jake Obetsebi-Lamptey, one of Führer Akufo-Addo’s right-hand men, and the executive committee that ran Führer Akufo-Addo’s presidential bid “thieves.”

It appears Buhari, President Mahama, and Führer Akufo-Addo may all be sleeping on the job, to say the least. Thus these three political characters, particularly the last two, do not deserve the noble title of political sainthood. Reflecting on the legacy of Gandhi in a 1949 essay titled “Reflections on Gandhi,” George Orwell wrote: “Saints should always be judged guilty until they are proved innocent…Sainthood is also a thing that human beings must avoid…the average human being is a failed saint.”

At this point we should have to state that Wole Soyinka may appear to share Orwell’s view when, for instance, he wrote of Buhari’s “contempt for law and constitution” in the essay, “The Challenge of Change—A Burden of Choice” We understand that Soyinka could exaggerate political facts every now and then but this does not give us the excuse to totally dismiss his sometimes insightful political commentaries. It is also interesting mentioning that the word “burden” appears in a titular book of essays, “The Burden of Memory, the Muse of Forgiveness,” he [Soyinka] published in 1999 (see also Soyinka’s other essay “The Crimes of Buhari” or “The Nigerian Nation Against General Buhari”).

This anorexic book of essays is a serious analytic indictment of the legacy of Apartheid as well as of the political and moral shortcomings of South Africa’s Truth and Reconciliation Commission (TRC). Soyinka brought the same candor he deployed in his caustic critique of the TRC to bear on his moral and political critique of Buhari. But we as a people have abjectly failed to make the potential legacies of our current political leaders highly readable open books in the public domain. Let us also not overlook the so-called Umaru Dikko Affair and 53 Suitcases Saga during Buhari’s leadership of Nigeria from 1983 to 1985.

This is because we are wont to promote our lackluster politicians to a higher valence of incorruptibility and sainthood, an unhelpful and misguided project, whereby we ignore the element of humanism, public morality, political spirituality, and civic responsibility in our politics, with Soyinka in particular making humanism the centerpiece or trademark of his critical political commentaries. All we hear from these politicians are puerile campaign promises, with no detailed roadmap for programmatic execution particularly from Führer Akufo-Addo and his still-born tribal cabal of political advisors, useful idiots, and strategists, thus in the process weakening Ghana’s democracy further.

But what we call “democracy” in Ghana is not what, in our opinion, we shall call “true” democracy. Rather, it is a duopolistic oligarchy executed through an imported economic philosophy based on kleptomaniac slavocracy, be it the laissez-faire capitalism of the NPP or the social democracy of the NDC. This creeping kleptomaniac plantocracy is the bane of Ghana’s development in the Fourth Republic. And it is as though politics brings out the basest of human instinct.

There is another angle to the striking resemblances between Buhari and Führer Akufo-Addo. Like the Machiavellian Führer Akufo-Addo—one of the key political engineers who successfully schemed the overthrow of Paul Afoko and other perceived supporters of the so-called Kufuor faction within the NPP—who together with his uncle, William Ofori-Atta masterminded the electoral defeat of Victor Owusu in 1979, Buhari also participated in three major coups (1966, 1975, 1983) that toppled governments. Indeed, Buhari and Führer Akufo-Addo are alike in some interesting aspects. The question for us to answer now is whether a potential presidency of government of Führer Akufo-Addo will dare embody some of the negative aspects of Buhari’s legacy.

Therefore, David Hinds of Steele Pulse was and still is right to call this place “the world of unconscious lavatory” on the track “Wild Goose Chase,” just as we may say of Fela Kuti’s “Expensive Shit.” Politics is, indeed, an “expensive shit” and which, of all things, is practiced on “the world of unconscious lavatory.” How right Fela Kuti and David Hinds could have been! In this regard, the International Press Syndicate (INPS) makes the following incisive observation regarding the slumberous Buhari presidency and the so-called “budget padding scandal”:

“The key line items you find in the budget are a disservice to the idea that this government has come to represent change…It would have been better that they took a very good look at every line item and ensured that it was justified…The budget has become an instrument of the corruption process in this country over the last few years…If the Buhari administration doesn’t succeed in stopping that process, then the anti-corruption war will be completely futile…It’s ridiculous…It doesn’t seem like the government managed to put together a first budget or has any control of its expenditure framework…”

The two afore-mentioned questions (see Part 1) constitute the moral thrust of Bob Marley’s “Ambush in the Night,” a track on which Bob made politicians think they are too smart to play on the intelligence of the electorate by, among other things, “bribing with their guns, spare parts, and money; trying to belittle our integrity. They say what we know…And we are so ignorant…through political strategy…Well, what we know is not what they tell us…We are not ignorant, I mean it…”

Mutabaruka’s “The People’s Court 1,” on the other hand, recommends a prison term of 1000 year for corrupt politicians, a lenient verdict contingent upon those sentenced politicians who read Marcus Garvey’s “The Philosophy and Opinions of Marcus Garvey.” This is a book every intelligent African leader or an aspiring politician must read. We also recommend it for our readership, the general public, students, university professors, parliamentarians, policy makers, members of the judiciary, the clergy, journalists, doctors, scientists, teachers, musicians, etc. etc.

We shall conclude the essay with these powerful words by Soyinka (our emphasis):

“We must not be sanguine, or complacent. Eternal, minute-to-minute vigilance remains the watchword…

“This persistent candidate [Buhari] seeks return, but let him understand that it can only be as a debtor to the past, and that the future cannot wait to collect. If this collective leap of faith is derided, repudiated or betrayed under a renewed immersion in the ambiance of power or retrogressive championing, of a resumption of clearly repudiated social directions, we have no choice but to revoke an unspoken pact and resume our march to that yet elusive space of freedom, however often interrupted, and by whatever means we can humanly muster. And if in the process, the consequence is national hara-kiri, no one can say that there had been no deluge of warnings.

“The art of leadership is complex and unenviable. Among its most basic, simple demands however, is the capacity for empathy, since a leader does not preside over stones but palpable humanity. Thus, in asserting a failure in leadership in a rivaling candidate, I pose only one question, a question of basic humanism that is directed at a leader who equally demands that a nation make a leap of faith for him also, that a people presume his capability for self-transformation. That question is this:

“If you had received news of your daughter’s kidnapping, how long would it take you to spring to action? Instantly? One day? Two? Three? A week? Or maybe TEN days?”

“While we await the answer, the clock of Change cannot tick sufficiently fast!”

The politicians who thinks he is smart and therefore lives in “heaven” at the people’s expense, actually lives in “hell.” Let the people therefore turn the heaven of the corrupt politician into “hell,” for this is the only way they can see the “sycamore tree, saw the freedom tree.” “Weep no mores,” says the great Marley. Thus Ghanaians should expect no less as they fight for social justice!

Ghanaweb. “I’m Too Old To Steal—Akufo-Addo.” Sourced from Myjoyonline.com. September 4, 2015.

Ghanaweb. “Wanted! Kennedy Agyapong on the Run.” Sourced from The Enquirer. January 10, 2014.

Wole Soyinka. “The Crimes of Buhari” (or “The Nigerian Nation Against General Buhari”). Sahara Reporters. January 14, 2007.