Buhari’s victory is a blessing to Ndi Igbo at least Peter Obi’s shameless act of brigandage has stopped. 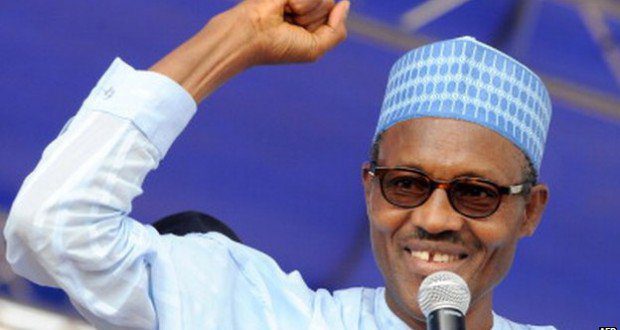 I was shamed to see Peter Obi doing what he condemned the old PDP of doing. I’m not surprised though as most Peters are known for their specialty in the act of Denial.

How would a former governor lead Army and Police Officers to cause chaos in a stare he ruled for 8 without tangible solution to insecurity.

How would Peter Obi storm his Local Government with an Armoured Personnel Carrier (something he could not provide for the security agencies in his 8 years in office) just to rig elections.

8 years of Peter Obi, APGA hardly get massively voted for. How would such a character lead army of trouble makers to rig the voice of the people.

Peter democratized poverty in his reign as governor, Obi left APGA faithful hungry and without direction, Okwute did the worst by subverting the wishes of Anambrarians in the last election.

What does he want to achieve? To be seen as a god and to force Obiano to serve him and his concubine, Uche Ekwunife. Tufiakwa!

Ojukwu’s spirit has struck them as God is never asleep.

Believing that Jonathan will win, Peter and his cohorts flaunted raw power as the Untouchables; they flogged old men and women, they beat up Obijackson, they shot and killed 3 police officers, they rewrote the results of the National Assembly elections, all these just to show their connection with the President.

Shame on them. “They were buying mat without acquiring a land”

As an innocent virgin, Anambrarians, APGA and their governor Obiano adopted President Jonathan, they towed a path that Peyer Obi started. Little did they know that Obi was ready to stab them to achieve his personal goal.

APGA kept their words and voted for PDP but Peter Obi as a famous betrayer led his gang of enemies of the state to intimidate, molest and subvert the will and wishes of APGAns.

To the greatest surprise of Peyer Obi and his team of evil doers, the gentle president, who will keep mute and allow Obi to misuse Federal Government’s authority on his people, has lost out. Now a stern being is taking over.

I have watched Obi’s writers; e-thugs and paid columnists crying on his behalf. Why? Peter why crying.

The end is near! Sai Buhari!