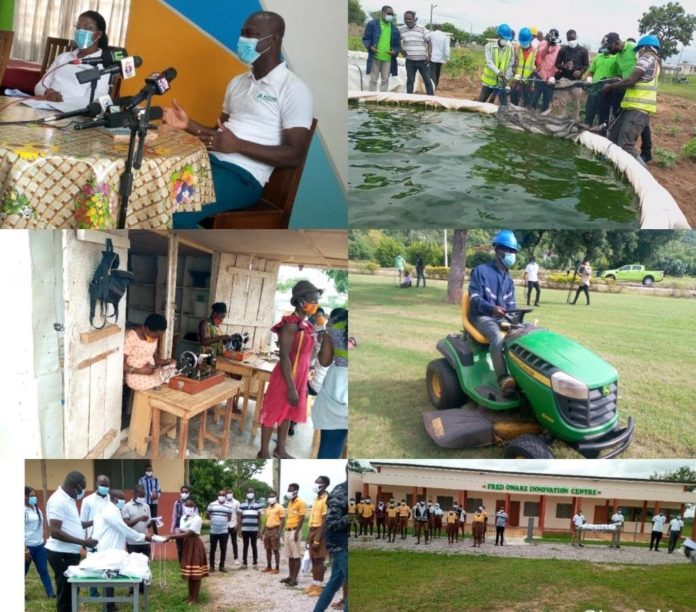 The Bui Generating Station, manned by the Bui Power Authority (BPA), has significantly transformed the lives of inhabitants in Bui and surrounding communities, beneficiaries say.

The Authority through its “Livelihood Enhancement Programme”, has provided educational, health and economic and livelihood empowerment support to 816 persons under its obligation.

The Bui Hydroelectric Project, constructed on the Black Volta, was initiated by the Government of Ghana and aimed to develop lands around the Dam enclave into a great cosmopolitan city.

It aims to leverage the ecotourism potential of the area and the lake formation to improve the socioeconomic wellbeing of the inhabitants and the country.

Mr Wumbilla Salifu, the Director of General Services, BPA, said the development of the Dam and its attendant creation of a reservoir, which inundated a land area of 109,744.4 acres (444km2), affected the communities as well as part of the Game and Wildlife camp.

Per recommendations outlined in the Environmental and Social Impact Assessment, he said, a resettlement programme was fashioned out to resettle the affected persons, salvage cultural and historical artefacts and rescue wildlife within the affected portions of the Bui National Park.

The Authority recognised the great effects of resettlement on the affected persons, such as disturbance of productive economy, loss of sources of income, loss of weakening of community systems and social networks, and loss of cultural identity and traditional authority.

It, therefore, made efforts to recruit from the community affected persons into its various departments.

Mr Salifu, who explained this to the Ghana News Agency, when he led a delegation from his office to inspect the progress of projects under BPA’s corporate social responsibility activities, said the Authority had also developed business modules to equip every individual in the affected communities with vocational skills and provided logistics and capital for them to start work.

Under the Livelihood Enhancement Programme, housing units containing one to two bedrooms, living area, washrooms, and kitchen were constructed for the project affected persons, he said.

It has constructed fish ponds for some of the affected persons, and built shops for others.

Under education, the BPA had constructed a basic school, an innovation centre with a digital information technology laboratory spearheaded by its Chief Executive Officer, Mr Fred Oware for the Bui Township.

Mr Salifu said the Authority was also planning to construct 369 more fishponds and an irrigation facility for 126 people as part of the livelihood enhancement programme.

In an interview with some of the beneficiaries, Mr Seidu Ibrahim, a lawn maintenance officer, said: “We had no work to do and after completion of the dam, the BPA came to our aid upon noticing we were idle and financially challenged with contracts.

“They also bought mower and other tools for us to work with. Our lives are better now financially. I used to eat two times a day, but now I eat three or four times a day and I am also married now.”

Mr Mutala Nkrumah, a beneficiary from the Fumigation and Disinfection Group, said: “I now have my personal certificate and the BPA has also registered our Group with the Public Procurement Authority and we have the privilege to work anywhere now.”

Mrs Aishatu Wahab, a beneficiary with the artisanal support programme, already had a skill in soap making and received a shop and items to manufacture the soap.

“I know this support from BPA will help to solve my problems and enable me to take better care of my children,” she said.

Mr Dennis Donkor, another beneficiary into weeding said: “At first, all the young men here were doing galamsey but since BPA intervened to help us, we have all come home to work. We have all stopped the galamsey because we get our pay every month to cater for ourselves,” he said.