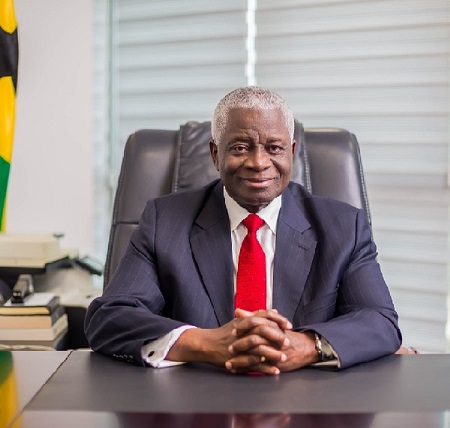 By all standards and with all due respect, the assertion made by the CEO of Bui Power Authority, Mr Fred Oware, that the Minister of Energy, Hon. Matthew Opoku Prempeh has been misled by GRIDCo on power supply issues in Kumasi (in particular), is not only an unfortunate comment but it also shows the CEO’s lack of understanding of the whole power issue currently happening in Ghana.

In an interview with Joy News, Mr Fred Oware said; “Let me be bold enough and say that, I think GRIDCo has misled the Minister in making such a sad statement (that Bui Dam is literally shutdown). Because as we sit here talking right now, Bui is in operation.” Bui Dam is actually expected to generate about 400 megawatts but presently producing 90 megawatts to support the national grid.

Now, with Bui Dam producing less than 23% of its total capacity, the CEO of the power generation station says, he doesn’t understand how anybody can attribute the current voltage control issues in Kumasi to Bui’s inability to generate substantially? Really, Mr CEO?

What the CEO must understand is that, already, there was traditional voltage control issues in Kumasi, resulting from the drop offs of the transmission lines to supply other areas coupled with the huge voltage losses due to the long distance before it gets to Kumasi, plus the fact that the growth in power demand in Kumasi has rocketted, hence, the need for Bui Dam plant to be statragically positioned at the middle belt area to augment the traditional 161kV supply to Kumasi and beyond. Therefore, if the generation capacity of Bui Power plant reduces drastically to its barely minimum level, that automatically leads to a load shedding to be able to control the voltage level, else the entire system suffers.

The fact that Bui Authority claims that they notified GRIDCo about the challenges they will face in generating the needed capacity as of last year and evidently clear that the GRIDCo has also failed to find the alternative sources in addressing the shortcoming, does not mean that the power issue, especially in Kumasi, cannot be attributed to the Bui Dam’s inability to generate.

The fact is, Bui Authority has not been accused by anyone as being accountable for the recent intermittent power outages, however, due to the composition of the power generation and transmission system in Ghana, any failure of such strategic power generation plant (Bui) can cause a serious devastation to almost half of the country. That is a fact.

Therefore, to say that the Minister of Energy has been misled by GRIDCo to believe that Kumasi Power issues is substantially caused by Bui Dam’s failure due to drought, simply suggests that the CEO of Bui Dam has no clue of how intertwisted and critically urgent the whole power problem is to Ghanaians.

In fact, the Minister of Energy has a lot of work to do. The whole system, from VRA to GRIDCo to ECG to GPNC to TOR, needs urgent pruning. All square pegs in round holes must be eliminated to achieve efficiency and reliability, without fear or favour!! That’s the only way Ghanaians can enjoy better service.

The level of failures, the chain of ineptitudes and the amount of losses in the system at all levels beats any reasonable imagination of any Energy Expert. We cannot allow this to continue.

We can only hope that the ongoing 330kV/161kV transmission lines upgrades across the nation and the recent authorisation signed by the Minister of Energy for GNPC to initiate the relocation of Ameri power plant to Ashanti region to help prop up the voltage level in Kumasi will see an expedited progression in time. Radical overhauling is badly needed at the power sector!!