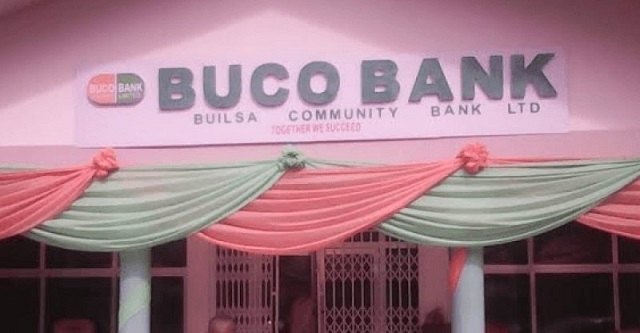 Out of the 144 Rural and Community Banks in the country, the Builsa Community Limited has been rated third best performing bank as at the end of 2019, Mrs Asokea Agamu Akanbangbiem, Board Chairperson of the bank has revealed.

The bank established about 20 years ago was rated 29th position by the Efficiency Monitoring Unit (EMU) of the Association of Rural Banks (ARB) Apex Bank Limited in 2018.

“Distinguished shareholders, I am delighted to announce that the third position achieved by your bank at the end of 2019 is the best performance rating in the history of its operation and as at the end of the year under review, the bank was rated strong by the EMU of the ARB Apex Bank Limited,” she noted.

The Board Chairperson disclosed this at the bank’s 20th Annual General Meeting at Sandema in the Builsa North district of the Upper East Region.

Mrs Akanbangbiem noted that inspite of the challenges in the banking sector, it did not affect the operation and function of the bank and all indicators showed positive growth.

“There was significant growth in all the key balance sheet indicators pointing to the resilience and long term sustainability of the bank,” she said.

She said the bank’s total assets increased by 18.01 percent from GH¢30.5million in 2018 to GH¢36 million in 2019 and the same time recorded a stated capital of GH¢1.6 million, which exceeded the mandatory capital requirement of GH¢1 million announced by the Bank of Ghana.

Mrs Akanbangbiem said the bank was also the first and the only RCB in the five regions of the North to join the list of the prestigious Ghana Club 100 and added that in 2018, the Bucobank took the 74th position and in 2019 it occupied the 65th position.

Mrs Akanbangbiem stated that Corporate Social Responsibility(CSR) remained a key component of the bank’s operations and during the year under review, the bank spent GH¢37,653.00 in various sectors including education, agriculture, healthcare, culture, sports and the environment.

While acknowledging the loyalty of the customers, the Chairperson reiterated the commitment of the board and management of the bank to continue to implement innovative measures taking into consideration the regulations in the banking sector to make the bank more resilient and sustainable.

She explained that the management would continue to invest in more productive sectors of the local economy in order to improve on the livelihoods of the people in the operational areas.

Mrs Akanbangbiem further stated that bank was committed to supporting government to implement its flagship programmes such as the Planting for Food and Jobs, Livelihood Empowerment Against Poverty, Ghana Productive Safety Net among others to help create jobs and reduce poverty.