Bulgaria has significantly reduced its foreign trade deficit in 2016 due to the good performance of exports, preliminary data of the country’s National Statistical Institute (NSI) showed on Thursday. 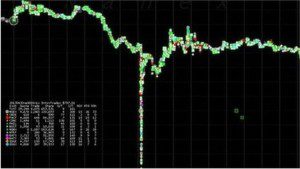 According to the NSI, the total foreign trade balance of the country was negative in 2016 and stood at 4.9 billion BGN (2.7 billion U.S. dollars).

However, it was much better than the negative figure of 6.6 billion BGN in 2015, data revealed.

Meanwhile, the total value of all the goods imported in the country in 2016 amounted to 51 billion BGN or by 1.1 percent less than in the previous year.
(1 U.S. dollars = 1.83 BGN) Enditem