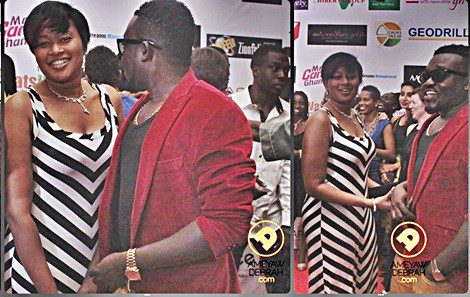 The manager of Ghanaian Afro-pop musical duo ‘Ruff N Smooth’, Frederick Appiah, has confirmed to Starr FM that one of them Bullet has been discharged Wednesday night after suffering some severe stomach upset as a result of food poisoning.

Media reports indicated that the Rapper and his girlfriend suffered the incident on Monday, after they spent some time together at a hotel in Accra to celebrate their recent engagement.

The duo?s manager Appiah who spoke to Naa Ashorkor Doku Mensah on THE ZONE on Starr 103.5 FM said Bullet is recovering and has been discharged.

?Yes it?s true. On Monday I spoke with Moses and he told me about his condition so we took him to the hospital that day. He was treated and now he will do the rest of the recovering at home,? he said.

He said the doctors diagnosed food poisoning although he has reason to suspect foul play.

?They said it was food poisoning but from the way he was suffering I didn?t think it was just any simple case of food poisoning.?

Renowned Journalist to update Ghanaians on happenings in 2021