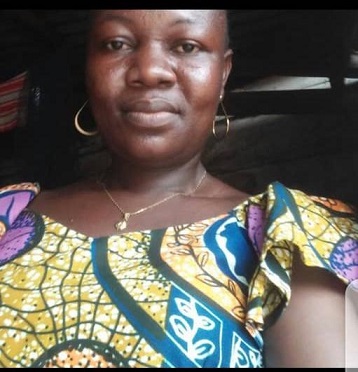 Afua Badu, a 42-year-old petty trader, who died through a stray bullet during the bullion van attack on Monday, at Adedenkpo, a suburb of James Town in Accra, was serving a customer when the incident occurred.

Maame Yaa, an elder sister to the deceased, who was an eye witness, told the Ghana News Agency that Afua was picking some soft drinks from her storeroom for a customer when she was hit by the stray bullet.

“…The robbery attack happened at the same time and unfortunately, the sporadic shooting by the attackers led to some bullets hitting her in the storeroom,” she said.

“None of us was even aware she had been hit until someone went to open her door shortly after the incident only to find her lying dead in a pool of blood.”

Another eyewitness, who pleaded anonymity, said after Afua was found dead, her relatives from Kasoa in the Central Region came and packed all her personal effects and closed the store.

The deceased, who lived in the community all her life, hailed from Kwahu Mpraeso in the Eastern Region, she said.

Afua was said to have started life as a hairdresser but her salon was destroyed during a demolition exercise, compelling her to go into petty trading.

Some community members described her as a staunch Christian who worshipped with the Christ Apostolic Church in the vicinity.

She was married with three children, all boys, but due to her trading activities, she chose to stay at Adedenkpo and visited her family at Kasoa during the weekends.

“Madam was such a forgiving person. Anytime she realised an argument was about to start between her and anyone, she would quickly back out and prevent it from escalating,” another neighbour said.

“She was always smiling and a lover of children. She would always gather the children at her retail point and either watch television or have Bible discussions with them. Due to this, we used to call her mother of children.”

Unidentified armed men, on Monday, June 14, attacked a bullion van at Adedenkpo around 1130 hours leading to the death of two persons; Constable Emmanuel Osei, a member of the national SWAT Unit, who was escorting the bullion van, and Afua Badu.

Some residents said the bullion van usually used that route for its daily sales collection duties.

The police, in a press statement, said some unidentified armed men, using about three motorbikes, crossed the van and fired sporadically, killing the two persons.

It said the driver sustained gunshot wounds and was sent to the Korle-Bu Teaching Hospital where he was receiving treatment.

The police said the weapon of the policeman was taken away together with an unspecified amount of money.
However, two tellers, who were in the van, escaped unhurt.
Meanwhile, the Inspector General of Police, Mr James Oppong-Boanuh, has visited the family of the late constable and assured that the perpetrators would be brought to book.