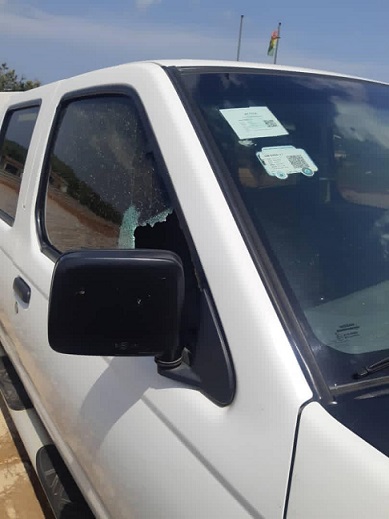 A crew in a bullion Van with registration number GN 6956- 17 has survived an armed robbery attack on the Winneba ‘Accra highway on Thursday, June 17.

The van, which was shot by some unknown assailants at the Okyereko and Dominase portion of that stretch, had a driver and two policemen on board with an amount of GHC 550,000.00.

She said at about 1900 hours on Thursday, the Winneba Divisional Police received news that the van enroute Winneba from Accra, had been attacked.

The Police on hearing about the incident provided an escort team to the Bullion Van, which brought them back to Accra.

She stated that the case was under investigations to bring culprits to book.