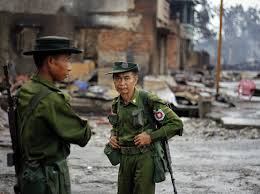 UN special rapporteur on the situation of human rights in Myanmar Yanghee Lee said on Friday evening that bureaucratic hurdles prevent the humanitarian actors from helping suffering individuals in the country’s violent area.

She stressed the importance of access to data and evidence in violent areas to deal with the allegations.

She noted that this was not an inter-communal violence or crisis but was a calculated attack against the sovereignty of Myanmar.

The UN Special Rapporteur ended a 12-day visit to Myanmar Friday which was her fifth to the country. She met with State Counselor Aung San Suu Kyi and other governmental officials during her visit. Enditem