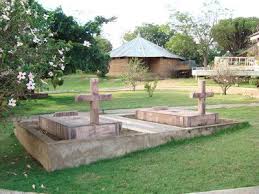 The rites would continue until the internment of the late traditional ruler on Saturday, December 11.

The Council, as part of plans towards the rites, has placed a ban on activities such as wake keeping and burial, crusades, wedding with a party, all-night services and call to worship with loudspeakers.

Togbe Worde IV, Acting President of the Gbi Traditional Council, in a release, said the Area would require the public to maintain silence during the announced period.

Other banned activities include tolling of church bells, dawn trotting with songs, drumming and dancing, unnecessary noise from motorbikes, selling of items from vehicles with loudspeakers.

The release also urged individuals, institutions and organisations to abide by the announcement strictly.

Togbega Gabusu known in private life as Eli Billy Bright Kormla Kumadie, a teacher by profession, was enstooled as Paramount Chief of the Gbi Traditional Area, Hohoe, on May 25, 1989.