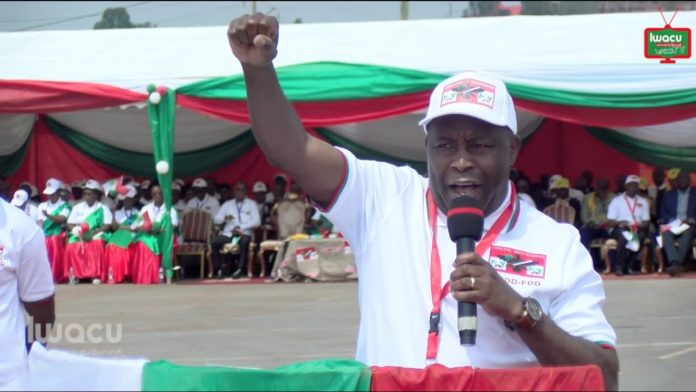 Burundian Constitutional Court on Friday announced the swearing-in of the president-elect Evariste Ndayishimiye “as soon as possible”, after the passing away of President Pierre Nkurunziza.

Ndayishimiye, who won the May 20 presidential poll, had been expected to take over the presidency from Nkurunziza in August when Nkurunziza’s term ends.

However, Nkurunziza’s sudden death due to a heart attack on Monday created a possibility that the speaker of the Burundian National Assembly, Pascal Nyabenda, to become an interim leader before the swearing-in of Ndayishimiye in line with the Constitution.

The purpose of an interim president disappears due to the legal fact that a president-elect existed, he said.

He also said the term of the president shall begin on the day on which he is sworn in and end on the day when his successor takes office.

The Constitutional Court on June 4 upheld the provisional results of the presidential election, declaring Ndayishimiye of the ruling party the winner by securing 68.70 percent of votes.

Ndayishimiye will serve a seven-year term in office and can renew the term once.

Born in 1968 in central Burundi’s Gitega province, Ndayishimiye held several senior positions in the government including Minister of Home Affairs and Public Security, senior advisor in the office of the president in charge of military affairs and that in charge of civil affairs, successively, before being elected as Secretary General of the ruling National Council for the Defense of Democracy-Forces for the Defense of Democracy (CNDD-FDD) in 2016.