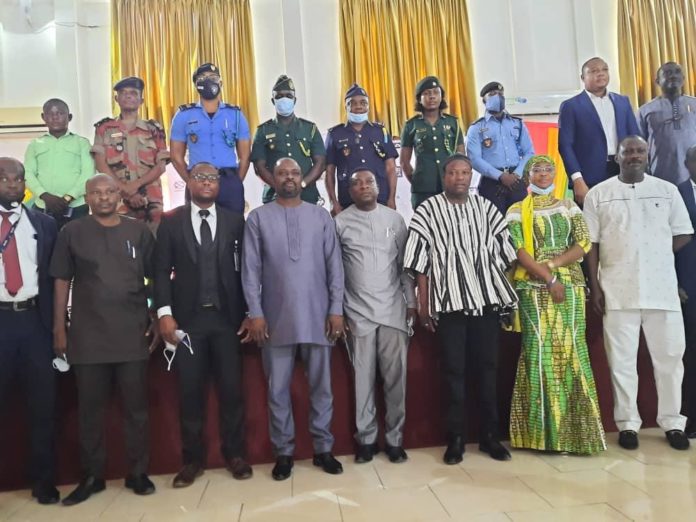 Private sector players engaged in the export sector in the Northern Region have been urged to add value to their products to make them competitive and to fully benefit from the African Continental Free Trade Area (AfCFTA) Agreement.

Dr John-Hawkins Asiedu, Technical Advisor Industrial Parks and Special Economic Zones at the Ministry of Trade and Industry (MoTI), who made the call, said the move would help in boosting jobs and revenues.

It would also ensure the realisation of the goals of the country’s National Export Development Strategy (NEDS).

He made the call during a presentation on the national action plan for boosting intra-African trade at a regional conference on AfCFTA and NEDS in Tamale.

The conference brought together key stakeholders from the private and public sectors in the Northern Region to discuss the government’s export development interventions aimed at empowering the private sector to harness the benefits of the AfCFTA.

It was organised by MoTI, Ghana Export Promotion Authority (GEPA) and the National AfCFTA Coordination Office.

The AfCFTA is the largest trade bloc in the world with a single market (duty-free and quota-free) and comprises the 55 member states, with a population of over 1.2 billion and a combined gross domestic product of over 3.4 trillion dollars.

The AfCFTA, whose implementation would begin in January next year, has the potential to boost intra-Africa trade by as much as 52.3 per cent by the year 2022 and the figure could double as non-tariff barriers are eliminated.

So far, 54 out of 55 countries, except for Eritrea, had signed the AfCFTA Agreement, and 32 countries had ratified it.

Dr Asiedu said the government had established key national institutional structures to oversee the implementation of the AfCFTA Agreement to help Ghanaian businesses to fully participate in the AfCFTA.

He, therefore, emphasised the need for businesses in the north to prioritise value addition to reposition them to be major players when the AfCFTA Agreement took off in January to expand export trade.

Mr Saeed said the region was preferred place for investment as factors of production, including land and human resource were readily available to support meaningful investments in the area.

Mr Albert Kassim Diwura, Deputy Chief Executive Officer of GEPA, said, “GEPA was poised to continue to perform its expected coordinating role in the development and facilitation of exports in general and the implementation of NEDS in particular.”

Some participants from the private sector appealed for support in terms of cheap loans to expand their operations to effectively compete with businesses from other countries when the AfCFTA Agreement takes off in January.