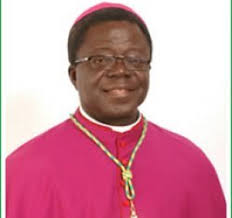 The Ghana Catholic Bishops Conference (GCBC) has expressed concern about the country?s economy fast becoming one of ?buying and selling? where Ghanaians are witnessing a constant high cost of living and hyper-inflation.

The Bishops conference also spoke about the unbearably high taxes that are causing many nascent private businesses to fold up and the inability of governments to set up more industries to take care of rising youth unemployment and low levels of development.

Most Reverend Joseph Osei-Bonsu, President of GCBC said this when he presented a communiqu? at the end of the 2014 Plenary Assembly of the Conference in Accra from November 4 to November 15 to deliberate on the welfare of the Church over the past years and plan for the future.

The conference was on the theme: ?The Pastoral Challenges of the Family in the Context of Evangelisation.?

Most Rev Osei-Bonsu said the Church?s perennial and unchanging teaching on the family is based on the nature of man but especially on scripture and sacred tradition which says that ?God ordained marriage to be between man and woman? and further determined marriage to be indissoluble as Jesus affirmed ? What therefore God has put together, let no man put asunder?.

Most Rev Osei-Bonsu, who is also the Bishop of the Konongo-Mampong Diocese in the Ashanti Region, said the media has become a major source of influence in the way young people conceive marriage.

?The media amplify failing and failed relationships between males and females and further celebrate their separation. Ghanaian young people keep themselves updated on the marital mishaps of celebrities, get exposed to explicit immoral scenes in movies and the internet and come to associate human sexuality with a certain casualness and irresponsible experimentation,? the communiqu? added.

Most Rev Osei-Bonsu said the situation where couples are regularly absent from the marital home due to work and education does not help in the stability of the marriage since children become the ultimate victims in the event of divorce.

The communiqu? expressed worry about the practices of domestic violence leading to some wives being battered into silence and live in perpetual fear of their husbands while some husbands are unable to go home after work for fear of their lives.

The Catholic Church bemoaned the practice of cohabitation in which couples that have performed the customary marriage see no need to go ahead to regularise their marriages since such practice prevent couples from receiving the Eucharist which is the source of their spiritual sustenance.

The communiqu? called on government and organised labour to always use dialogue and negotiations in dealing with labour disputes and agitations and that the Catholic Church is prepared to play a mediation role in the resolution of the ongoing impasse among the parties.

?The church will continue to proclaim the unwavering truth that monogamy is what God has ordained and that polygamy is contrary to conjugal love and incompatible with the unity of marriage?.

The communiqu? noted that the church would continue to teach that divorce from a living and lawful spouse is not permitted because it separates what God has joined together and assures all families of its encouragement and prayers in the face of these challenges.

Poor and vulnerable Ghanaians are covered in our negotiations – IMF