A World Health Organization (WHO) expert team is traveling to China on Thursday to work with Chinese scientists on origin-tracing of the novel coronavirus.

By hosting the WHO team, China has demonstrated its open and supportive position for a scientific and fact-based origin-tracing of the deadly virus, as well as the country’s longstanding commitment to work with the international community to end the pandemic. China has been working closely with the WHO ever since the outbreak.

In February and July last year, Beijing twice invited WHO experts to carry out cooperation on origin-tracing. In October, the Chinese side reached an agreement on the makeup of the international expert team, and experts from both sides have maintained frequent interactions since then.

Since the outbreak, a handful of Western politicians, particularly China-hawks in Washington, and news media have launched a campaign to smear China.

They have actively peddled unfounded rumors on the origins of the novel coronavirus and called for international investigations on the presumption that China is somehow to blame.

The joint research between the WHO and China will by no means be manipulated into an investigation based on the presumption of guilt regarding the origin of the virus, but rather redouble a collective effort by both sides to help deepen the understanding of the virus and better prevent the spread of infectious diseases in the future.

Furthermore, such joint research should be carried out simultaneously in other places around the world to gather as much information as possible to decode the mystery of this cunning lethal pathogen.

Claiming without evidence that the outbreak began in a single country is extremely dangerous and counterproductive. The virus should be seen as humanity’s common enemy, not a political weapon to demonize others.

Welcoming the WHO team is not the first step China has taken in the global fight against the virus, nor will it be the last.

As a country which has been calling for respect for science, impartiality and solidarity in the face of the pandemic, China will continue to work with the WHO and the international community on origin-tracing and bolster global cooperation until humanity secures a final victory against this unprecedented global health crisis. 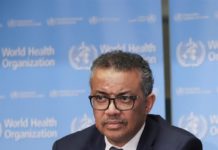 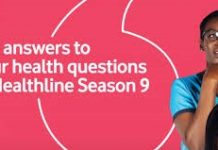