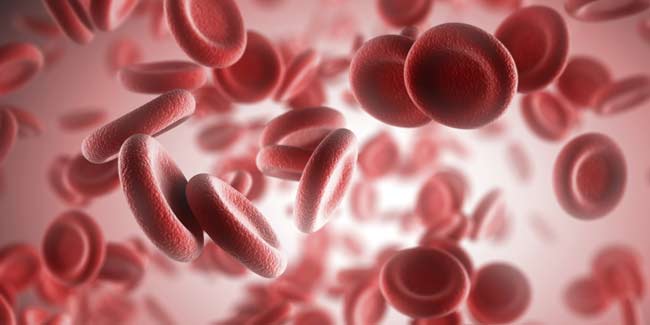 The Ghana Health Service (GHS) has described the high incidence of anaemia among females in the Central Region as ‘alarming’, and had called for effective collaboration among stakeholders to address the situation.

According to the Ghana Demographic and Health Survey (GDHS) conducted in 2014, more than 47 percent of women between the ages of 15 to 49 years in the Region were anaemic.

Dr Kwabena Sarpong, Deputy Central Regional Director of Public Health, who made the call, said the high prevalence of anaemia among adolescent girls and menstruating women in the Region and it’s related consequences on the society cannot be ignored.

He was speaking at a regional sensitisation meeting with stakeholders in Cape Coast to solicit their support for the successful implementation of the Girls Iron Folate Tablet Supplementation (GIFTS) programme which would be rolled out in the Region in April,.

GIFTS, a public health intervention, is designed to provide adolescent girls with free weekly Iron and Folic Acid (IFA) supplements, to help prevent and reduce high prevalence of iron-deficiency anaemia among girls in that age bracket.

It is a collaboration between the GHS and the Ghana Education Service (GES) with funding from the United Nations Children’s Fund (UNICEF).

Dr Sarpong expressed worry that the condition was as a result of lack of the required nutrition for many adolescent girls and menstruating women, particularly where teenage pregnancy was also high.

He expressed concern that many adolescent mothers and their children did not eat foods that would give them the right nutrients required for healthy growth because of poverty, adding that adolescent girls must eat well to replenish blood and iron lost during menstruation.

“If the adolescent girl does not eat well. It compromises her haemoglobin level and if the haemoglobin level is low, it’s worse for menstruation. In the circumstance where she gets pregnant, it further worsen her health,” he said.

He said the immediate adverse effect of anaemia was poor memory and ultimately poor academic performance, whiles the long-term effect might be complications in pregnancies such as premature or still births and even death during delivery.

Dr Sarpong called for effective engagement with key partners in the districts and urged all stakeholders to play their respective roles in the implementation of the programme to achieve the desired results.

Mrs Rachael Mensah, a Nutrition Officer at the Regional Health Directorate, said the GIFTS programme sought to reduce anaemia levels of adolescent girls in the region by at least 20 percent.

She said the programme fell in line with the World Health Organisation’s (WHO) recommendations that menstruating women must be given Iron Folic Acid (IFA) supplements where the anaemia prevalence was more than 40 percent.

Statistics indicates that 47.7 per cent of adolescent girls in the region were anaemic which meant that they were not getting enough nutrients and families should diversify their diets.

She said there is the need for women to prepare their nutritious status very well before pregnancy, adding that, it could be done by eating food that contains all the minerals especially iron.
Adolescent girls and menstruating women would be given health education during the programme.