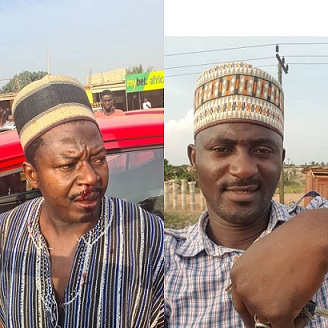 Two men have been arrested for unlawfully demolishing buildings and setting ablaze bricks machine at Gommoa Nyanyano in the Central Region.

Mr. Eliasu and Hassan Amidu, the perpetrators of the crime, are currently being held in police custody on allegations of arson and property damage.

The occurrence was described as awful and tragic by an eyewitness whose name has been concealed for security reasons.

According to sources, the two suspects, Mr. Eliasu and Amidu Hassan, are expected to be charged under the criminal offense act which protects sites of strategic importance.

According to sources, the demolition occurred shortly after one Salisu was apprehended by the Central-East Regional Police after they claimed he was a stumbling block in their path. Report also revealed that workers were not at the site before the incident transpired because of the holidays; more so, no injuries were reported.

The Stool Secretary of Gommoa Fetteh, Nana Gyasehene Eric Duodoo on Monday who visited the site with Rainbow Radio Journalist expressed worry about the unlawful demolition.

Stressing all efforts would be made to avoid the recurrence of crimes in the area.

Footage from the scene on Monday showed a plum of black smoke with flames coming out from the bricks machine. 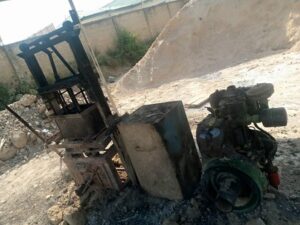