A popular taxi driver at Dunkwa has been shot dead at Mmoatiakrom, near Dunkwa-on-offin in the Upper Denkyira East Municipality of the Central Region and his taxi taken away by some identified armed robbers.

The deceased only identified as “Culture” and believed to be in his early thirties, left behind a wife and a baby delivered barely three weeks ago.

The dastardly act happened in the late hours of Tuesday, January 12.

He said he received a distress call from a resident about the incident and rushed to the scene with the police and officials of the National Disaster Management Organization (NADMO).

On reaching the scene, they found the deceased neatly dressed in a pool of blood and suspected a robbery attack because they could not trace his phone, money and the taxi he was driving, he said.

The police at Dunkwa had began investigations into the incident and rallied the collective efforts of all residents to arrest the criminals who have been terrorizing people in the area.

The body has been deposited at Dunkwa Municipal Hospital morgue for preservation. 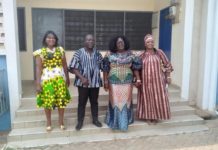 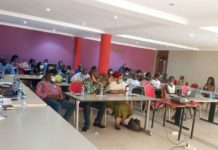 NGO calls for protection of girls amid COVID-19 pandemic 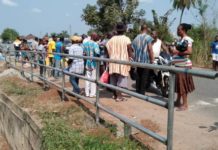