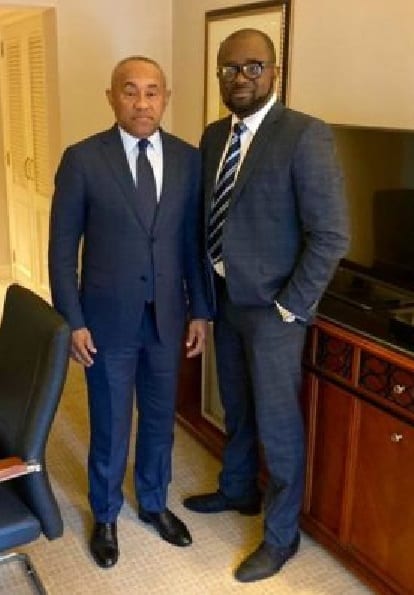 Confederation of African Football (CAF) President Ahmad Ahmad has congratulated GFA President Kurt E.S. Okraku on his election as GFA President, and has also assured him of his total support to help him realise his vision for Ghana football.

The GFA President is in Egypt to support the Black Meteors towards their mission of ending Ghana’s fifteen-year Olympic football hiatus, and he took the opportunity to call on the CAF President at the CAF headquarters in Cairo.

At the meeting, the CAF boss expressed his personal support as well as the support of the Confederation of African Football (CAF) to Mr. Okraku towards achieving his vision of igniting passion and creating wealth for all in Ghana football.

Ahmad, who has a very good relationship with the Ghana FA, also commended the Ghana FA for a successful election leading to the election of Mr. Okraku.

He also lauded the GFA President for his vision for Ghana football, adding that the continent’s football controlling body will offer him and the GFA the needed support for the continuous development of football in Ghana.