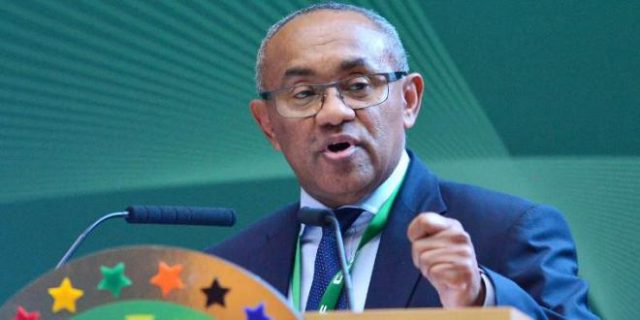 The Confederation of African Football (CAF) has announced that President Ahmad Ahmad has been discharged from the hospital after testing positive for Covid-19 on October 30.

According to a statement released by Africa’s football governing body, the President was in isolation and was observed at AS Salam International Hospital in Cairo (Egypt).

But as of Wednesday, November 11, doctors authorized him to leave the hospital as he was no more contagious and with minimal risk of complication.

“The President of CAF left the hospital and returned to his home in Cairo (Egypt). Doctors have prescribed at least 20 days of convalescence, during which he will have to limit his efforts in order to fully recover his energy.

“President Ahmad would like to personally and sincerely thank all the medical staff of AS Salam International Hospital in Cairo for their support throughout the last 12 days,” the statement said.

The statement also thanked its Vice-Presidents, as well as the General Secretary of CAF, for carrying out certain missions that the President was unable to accomplish at the time.