He said thunderbolts claimed 18 lives and injured 16 others, as strong winds killed 8 and injured 71 others, he said. 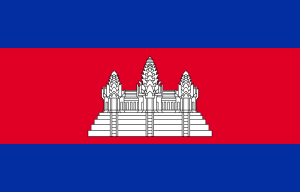 Besides the human casualties, strong winds had devastated more than 3,000 houses in 20 cities and provinces across Cambodia, he added.

“I’d like to call on people, especially those in rural areas, to be vigilant over lighting and strong wind,” he said.

“To avoid the dangers from lightning strikes, people should stay in houses when there are torrential rains.”