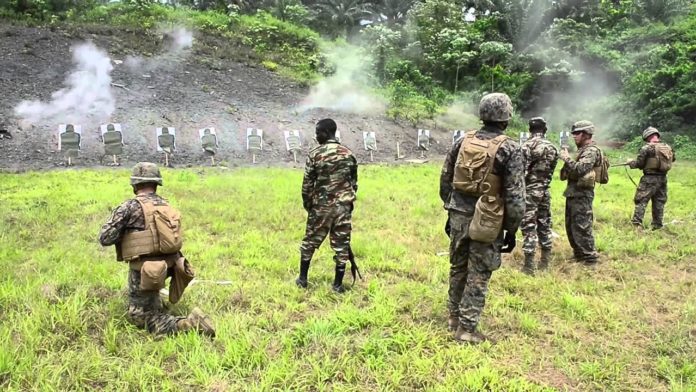 Cameroon’s army said Wednesday that it firmly rejects what it calls an “outrageously provocative” report by the U.S.-based Human Rights Watch (HRW) on atrocities committed by its troops in the English-speaking region of Northwest.

“HRW is known for its loathing against the Cameroonian defense and security forces and its logic which consists in systematically attributing to the Cameroonian army the abuses… based on alleged testimonies distilled by secessionist terrorists,” said Cyrille Serge Atonfack Guemo, the army spokesman, in a statement Wednesday evening while stressing that the accusations are “simply grotesque and ludicrous charades.”

“The defense and security forces remain unperturbed as they carry on their operations across the national territory with respect for human and peoples’ rights,” he added.

Armed separatists fighting for the “independence” of the two English-speaking regions of Northwest and Southwest of the Central African country have been clashing with government forces since 2017. Enditem