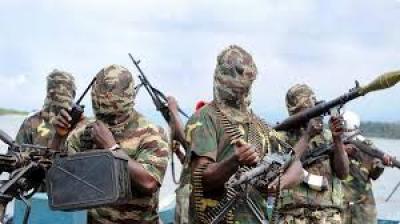 Cameroonian army said on Monday its troops have repelled coordinated attacks on a civilian community by Boko Haram group in the country’s Far North region.

Militants of the group invaded Mstseliya village in the region overnight into Monday and began wreaking havoc on civilians but troops repulsed the militants, according to the army. Villagers interviewed by local reporters said, the over 50 armed militants succeeded to make away with some of their belongings including foodstuffs, clothes and motorcycles. Government forces are chasing after the militants, some of whom escaped with gunshot wounds, a military official who asked not to be named told Xinhua.

On Sunday, Boko Haram militants attempted to break into houses in Yegoua locality of the region when Cameroon’s elite force, Rapid Intervention Battalion arrived on time to chase them away, according to local sources. The Boko Haram group has multiplied attacks on civilians in the region since the start of this year posing enormous humanitarian and governance challenges, according to security reports.