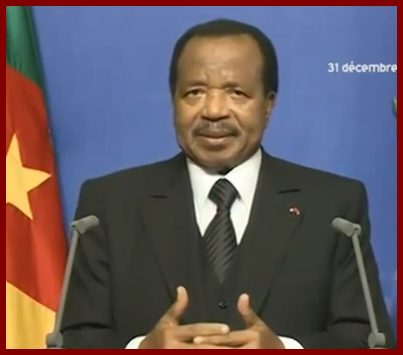 The 72 year old Buhari emerged the winner during his fourth stab at the presidency, having failed to capture power in 2003, 2007 and 2011, mainly due to his promise to improve the economy and tackle insecurity problems caused by the islamist sect, Boko Haram.
Jonathan had been accused of passivity by populations in Northern Nigeria as well as by neighbouring countries like Cameroon which had been affected by the crimes committed by the group.
Sources close to the Yaounde authorities said bilateral relations between the two countries had grown lukewarm due to the handling of the Boko Haram issue.
Majority of the Cameroonian people also believe Buhari’s election will help to reinforce the fight against Boko Haram.
“We believe that since the new president is from the North and he is a muslim, he will be better placed to handle the issue of this terrorist group,” a Cameroonian geostrategist Joseph Vincent Ntuda Ebode told Xinhua.
Ebode noted that Buhari’s military experience will also make him to have a better understanding of the security situation.
According to the university lecturer, Jonathan’s successor will not only help to address the Boko Haram issue in northern Nigeria, but will also end the insecurity in the Niger Delta region in southeast Nigeria, a phenomenon that has always spilled over to Cameroon due to attacks and hostages kidnapping by Nigeria’s armed groups.
The two countries which share a long border of over 2,000 km, had been embroiled in a long political conflict over the Bakassi peninsula, claimed by Nigeria whose army invaded it in 1993. The conflict ended after the ruling by Hague-based International Court of Justice that restored it to Cameroon.
The normalization of bilateral relations following the resolution of this crisis led to increased commercial exchanges such that by 2012, Nigeria was ranked as Cameroon’s number one trading partner. Enditem