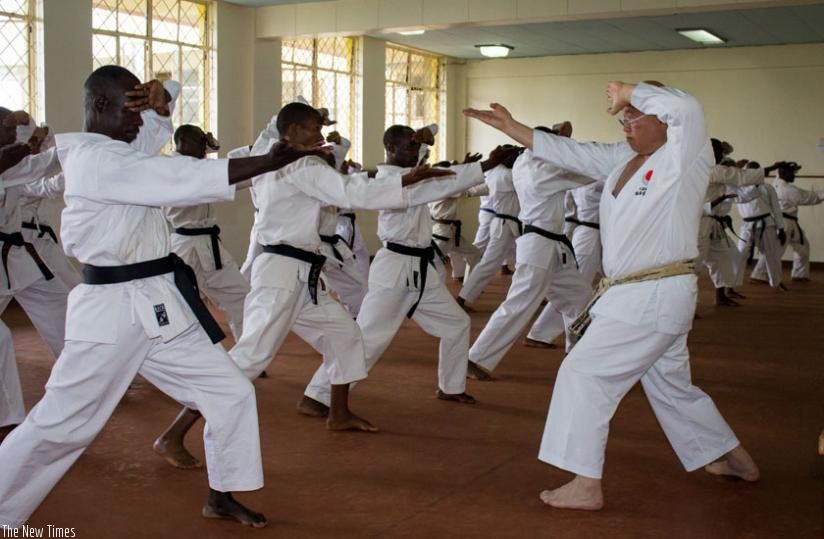 Kombi said the officials, including Fecakarate national president Emmanuel Wakam, will appear before an ethics committee for a final judgement, stressing that any actions that tarnish the reputation of the country is unacceptable.

“Sportspersons have the obligation to scrupulously respect ethics and sports values so that Cameroonian sports continue to significantly contribute to the collaboration of the brand image of the country,” he said in a statement.

In July, a report published by a group of karate black belt holders in the capital, Yaounde, accused the Fecakarate executives of harassing and abusing karate learners sexually for close to a decade.

In the report, several alleged victims testified of how they were abused and bullied by both men and women in the federation who at times promised them “sumptuous reward and positions” in exchange for their silence, acceptance and favours.

The scandal highlighted how the officials already under pressure for excesses involving lavish spending, are increasingly facing scrutiny over allegations of corruption and sexual misconduct.The accused officials have dismissed the allegations as “unfounded.”

Janet Nabla is suspended for misconduct and insubordination – PNC