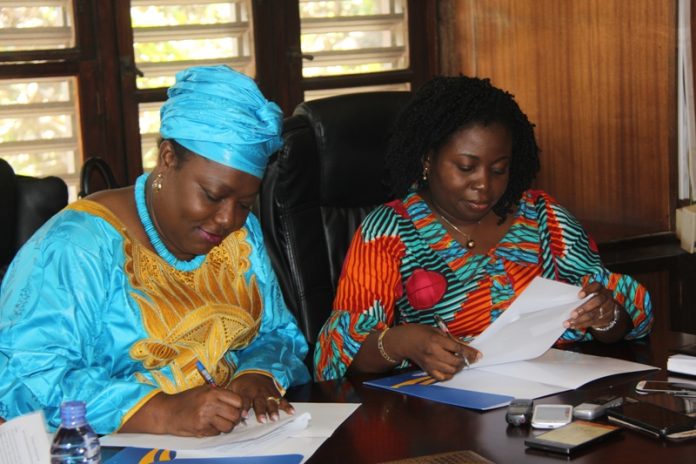 The MOU commits the Ministry and CAMFED Ghana to work closely towards the goal of realising gender equality and women empowerment.

It also seeks to help achieve the vision of fulfilling Goal 5 of the Sustainable Development Goals – achieving gender equality and women empowerment for all girls in Ghana.

Nana Oye Lithur, the Minister of Gender, Children and Social Protection, after signing the MOU, said the Government of Ghana’s commitment to gender equality and women’s empowerment had resulted in the approval of the National Gender Policy in 2015.

She said the policy sought to mainstream gender equality and women’s empowerment concerns into the national development process in order to improve the social, legal, civic, political, economic and cultural conditions of the people of Ghana.

Nana Oye Lithur said the support of CAMFED Ghana in advocating for gender parity in education, particularly at the community level, woud enhance the achievement of national educational goals and objectives.

She said access to education had improved dramatically over the past few decades, and there had been a number of encouraging trends in girls’ and women’s education.

She said Government was working to improve the quality of education, especially at the basic level, adding that the gender gap in school enrolment had been narrowing in recent years.

“The rate is higher for female than male students by 2 percentage points (at 69 per cent and 67 per cent respectively), the percentage of women enrolled in public tertiary institutions has also been rising in recent years,” she said.

She said with the launch of the Ghana National Gender Policy, it had become important for CAMFED to align its activities to the achievement of that national vision.

“For this reason we are signing an MOU covering the next five years to work closely with the Gender Ministry in achieving the country’s strategic objective in advancing the course of children, women and the vulnerable,” she said.

31 districts in the Northern, Upper East, Upper West and Central regions of Ghana.