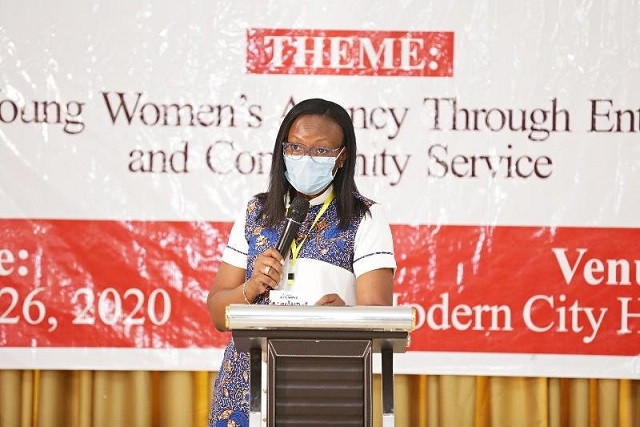 Mrs Matilda Bannerman-Mensah, the Board Chairperson of CAMFED Ghana, has said the organisation is finalising its next five-year strategic plan to support five million girls to attend and thrive in school.

The step would be to leverage the ‘Multiplier Effect’, where women who have been supported by CAMFED through school provide social and economic support to the next generation of girls.

Mrs Bannerman-Mensah announced this at the National Annual General Meeting (AGM) of partners and champions, organised by CAMFED Ghana, to discuss critical issues that would promote the welfare of young women.

The AGM, which took place in the Northern Regional capital of Tamale, was on the theme: “Enabling Young Women’s Agency through Entrepreneurship and Community Service”.

Mrs Bannerman-Mensah explained that the strategic plan would be implemented through a three-pronged approach, which would be building “the pipeline of girls who complete secondary school, encouraging them to join the CAMFED Association and together step forward as activists and leaders for girls’ education”.

The second approach would see CAMFED focusing on scaling the ‘Learner Guide Programme’ by partnering the Ministries to roll out its flagship mentoring programme through which young women lead on providing social support to girls in school.

CAMFED, she said, would also invest in Enterprise Development through the expansion of young women’s livelihood opportunities and build their capacity to provide economic support to girls.

Mrs Sally Ofori Yeboah, National Director of CAMFED Ghana, said the year had been extraordinary, though challenging with the emergence of the COVID-19 pandemic, a major health challenge that swept across the globe.

“The impact of the pandemic has been felt by organisations around the world resulting in nationwide school closures and a telling effect on CAMFED’s operations. It, therefore, delayed the implementation of key programmes and activities in schools,” she said.

Nevertheless, she said, CAMFED Ghana had remained resilient and true to its clients, including the young women the organisation worked for.

“We have for instance improvised and adopted innovative ways to deliver on our programmes, including the delivery of the ‘My Better World’ curriculum on radio and social media platforms, to school children while they are at home,” she said.
CAMFED had also hosted an entrepreneurship dialogue and Mastercard Foundation Scholars Programme Annual Research and Learning Summit.

The General Meeting enabled CAMFED Ghana, with its partners and stakeholders, to review the organisation’s programmes for 2020, and provide updates on district-level activities, among other issues.

The stakeholders also shared experiences and successes, identified gaps in implementation, and contributed to the formulation of the overall work plan of CAMFED Ghana for the ensuing year.