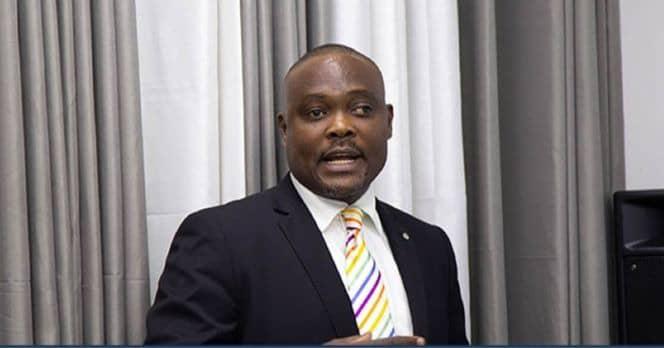 Dr Kwamena Minta-Nyarku, the Member of Parliament (MP) for Cape Coast North, has presented his three months’ salary to some constituents for the confidence reposed in him during the December 2020 polls.

Dr Nyarku disclosed this in an interview with the media in Cape Coast as part of his tour of the constituency on Wednesday.

The tour enabled him to meet his constituents to strengthen the relationship with all regardless of one’s party affiliation to solicit their views and continued support towards the development of the area.

Dr Minta-Nyarku explained that he gave his first salary to some key traditional leaders and religious leaders who prayed for him.

The second and third tranches according to him, went to opinion leaders and party executives who went all out for his election.

Highlighting his vision, Dr Minta-Nyarku promised total development for his constituents with a focus on entrepreneurship development, job creation, education and roads.

“My vision is to ensure total development of the area and team up with all stakeholders, especially, traditional rulers, the Assembly and all to improve the lives of the people,” he said.

He promised to get more children enrolled in school, improve the street lighting system, complete abandoned or halted projects, and construct an AstroTurf to support sporting activities, revive the Ameen Sangari factory and build two new factories to sustainably create jobs for the youth.

The Legislator expressed gratitude to the rank and file of the opposition National Democratic Congress (NDC) party for supporting him to achieve the political feat.

“I will dwell on my experience, lobbying skills and goodwill of the good people of Cape Coast North to return the constituency onto the path of rapid growth and development,” Dr Minta-Nyarku said.