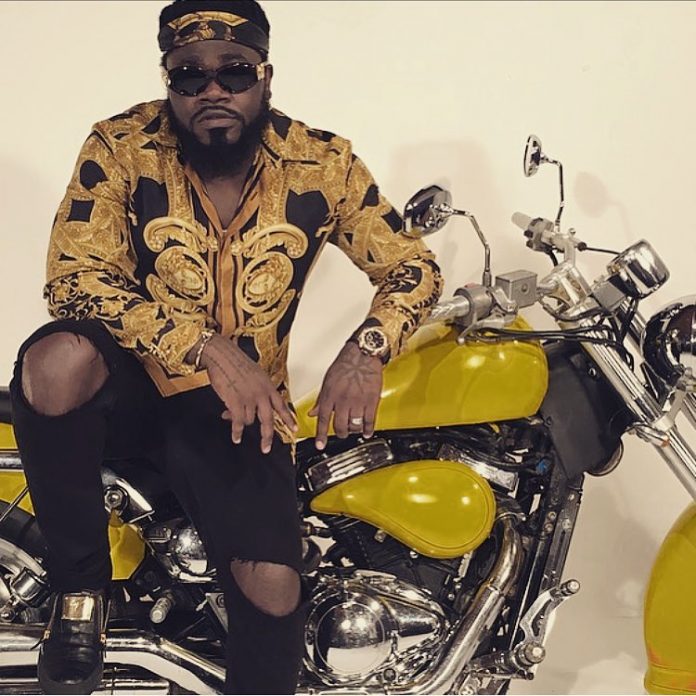 After dropping ”No New Friends”, Captain Planet is back into the spotlight with new song called ”Very Good Bad Girl ‘‘, apparently these two songs are just appetizers.

Released few days ago and currently enjoying an appreciable level of rotations on radio within the nation’s capital and beyond, leader of one of Ghana’s most fashionable and unstoppable music group 4×4 has teamed up with Sarkodie for his new single dubbed ”Very Good Bad Girl”.

The song, which talks about the kind of girl every guy gets freaked out about is currently the most trending song in Ghana .With the song’s viral acceptance, we’ve seen social media lovers and fans sharing videos jamming to the tune.

Listening to the song, one thing which is very obvious is the vocal dexterity and lyrical prowess of the multi-talented rapper as he exhibited his versatility with Sarkodie, who brings his shine to the song; a fusion of rap and a little bit of ragga at the end.

Born Jeff Sylvanus Dodji, Captain Planet is arguably acclaimed to be the first rapper to fluently rap in Akuapem Twi. He also raps in Ga, Ewe, and Pidgin English. Together with Coded, they released their first studio album, Sikilitele, in 2003.

They followed it with Contestant Number 1 in 2007. That album is widely acclaimed to have introduced crunk music onto the Ghanaian Music scene. Captain Planet cemented his place as one of the best rappers in Ghana.

Speaking to www.ghlinks.net,the rapper disclosed that he’s not only working on a new project but also teaming up with other musicians ; “i have more songs and videos coming up and 2017 promises to be a very good one for me” he said.

The C.E.O of Fashion Planet where most celebrities troop in and out each day to get what’s trending in the fashion world is one of the down to earth celebrities in Africa as he is seen responding to his fans everyday on social. He is not the outing type and also doesn’t drink or smoke despite the fact that he has lots of tattoos on him.

Enjoy the tune from Captain Planet. Sit back and enjoy. Dance to the beat!

“Greatness from small beginnings: The Accra Academy Journey as an example”

‘Be time conscious and experience speed of greatness in 2022’

Joey Papking gets personal on new ‘’East Side’’ EP

Our journey to greatness starts by honouring our mothers – pastor

Malta Guinness Give Consumers Chance To Fulfil Their Dreams

Captain Planet out with classic music video for ‘I’m Blessed

Ignite Series: Consistency is the secret to greatness – Edem