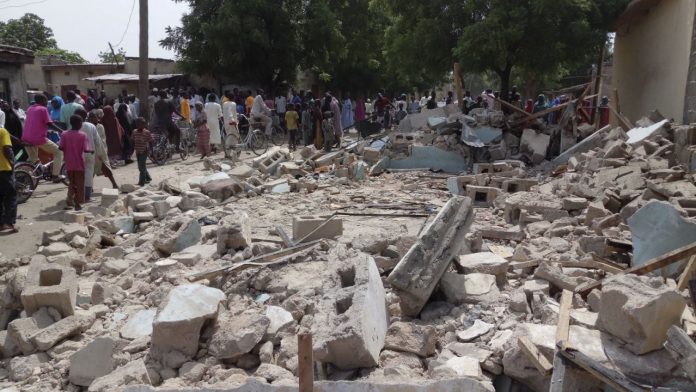 A car bomb exploded on Friday evening near a Turkish military point in Syria’s northwestern province of Idlib, a war monitor reported.

The car went off on the M4 road south of the Jisr al-Shughur area in the countryside of Idlib near the administrative border with the Hama province, said the Syrian Observatory for Human Rights.

The car exploded while reconnaissance drones were hovering overhead, said the observatory, adding that the drones might have hit the car bomb before reaching the Turkish point.

After the explosion, unknown armed men attacked the Turkish point and engaged with the Turkish soldiers and allied Syrian rebel groups, said the observatory. The clashes were still ongoing near the base with no reports on losses yet, it added.

The Turkish forces later fanned out from south of Jisr al-Shughur near the M4 road as armored vehicles patrolled the area, according to the report.

Also on Friday evening, an unknown armed group attacked a position of the Turkey-backed rebels near the Zawiya Mountain region in the southern countryside of Idlib, leaving wounded militants.

Turkey maintains several observation points in Idlib as part of an agreement with Russia to observe a cease-fire between the government forces and the rebels in Idlib.

However, the observatory repeatedly reported lawlessness and infighting among the Turkey-backed rebels in areas controlled by Turkey in northern Syria.

Over 1M Ghanaian Youth Not In Education, Employment