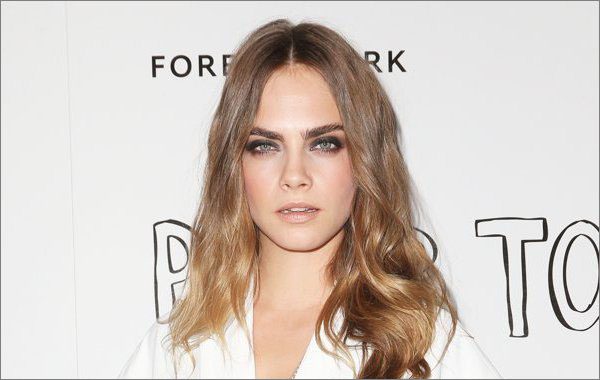 Following her acting debut in ?Paper Towns?, Cara Delevingne wanted to leave her fashion career. The British beauty told The Times about bad experience she had when she was in the fashion industry which made her decide to quit the career.

?I am not doing fashion work any more, after having, like, psoriasis and all that stuff,? Cara revealed. ?Modelling just made me feel a bit hollow after a while. It didn?t make me grow at all as a human being. And I kind of forgot how young I was ? I felt so old.?

The model-turned-actress admitted that the time when she was suffering from psoriasis, a disease characterized by patches of abnormal skin, was one of the horrible times. ?People would put on gloves and not want to touch me because they thought it was, like, leprosy or something,? she confessed. ?It is a mental thing as well because if you hate yourself and your body and the way you look, it just gets worse and worse.?

In addition, Cara, who began her modeling career when she was a teenager, had a disagreement to pose in a sexually suggestive way. ?I am a bit of a feminist and it makes me feel sick,? she told the publication. Nevertheless, she couldn?t reject the offer in order to show her commitment to her work. ?It?s horrible and it?s disgusting. [We?re talking about] young girls. You start when you are really young and you do, you get subjected to?not great stuff,? she added.

The 23-year-old beauty is currently busy with her new career as an actress. After her successful debut in ?Paper Towns?, she?s currently filming ?Suicide Squad? with Jared Leto and Scott Eastwood.